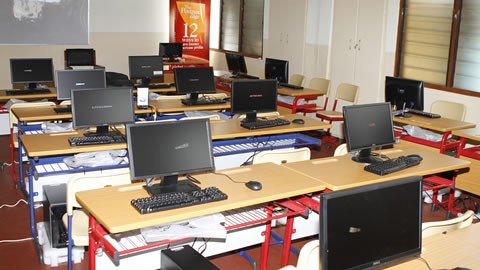 The Headmaster of Bishop Herman College (BIHECO) in the Kpando Municipality of the Volta Region Rev Fr Walter Mawusi Agbetoh has challenged past students of the school to support the school's infrastructure project so as to sustain the current academic successes chalked by the school.

He said, BIHECO was adjudged the best in the last West African Senior School Certificate Examination(WASSCE) in the Volta Region and 6th in the country by the Ghana Education Service.

This achievement however, will be derailed if steps are not taken to tackle the myriad of problems confronting the school particularly in the area of infrastructure.

The head master listed the absence of efficient science laboratory as well as lack of computers for effective teaching and learning as some of the challenges facing the school.

Rev Fr Mawusi Agbetoh was addressing members of Bishop Herman Old Students Union (BHOBU) last Sunday in Accra in celebration of a one year memorial service of a founding father and the first Headmaster of the school the Late Monsignor Cornelis Wilhelmus Leonardus Priems who died at the age of 92.

According to the Headmaster, the late Monsignor Priems contributed significantly in the establishment and development of the school, adding that most of the structures constructed several decades ago have seen very little in terms of renovation, a situation he observed, affects the smooth running of the school.

He hinted that there is the urgent need for additional bungalows for teachers in order to reduce pressure on the existing facilities. According to him, three teachers are forced to share one bungalow under the current circumstances, a situation which deters teachers from accepting postings to the school.

Rev Agbetoh also expressed worry about the state of the science laboratory which he noted needed modern equipment that will improve on the teaching and learning of science in the school.

He called for supply of computers by the Old Boys as a matter of urgency to equip students with the teaching and learning of ICT.

The National President of BHOBU Mr Edem Kpodo urged members to emulate the discipline, humility and dedication of service of  the Late Monsignor Cornelis Wilhelmus Leonardus Priems and contribute their quota to their Alma mater.