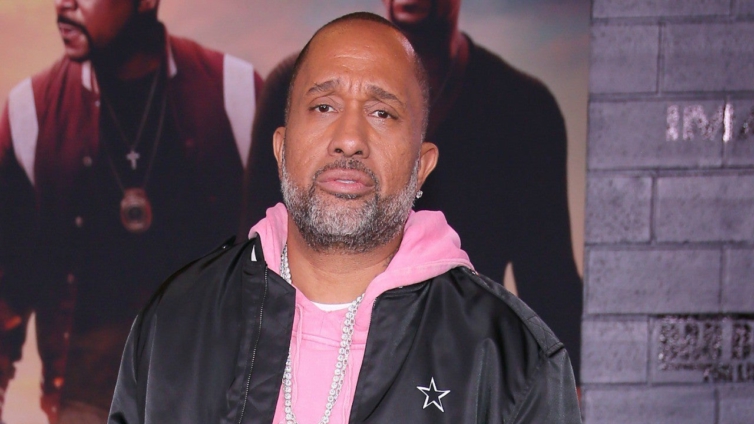 Kenya Barris says “enough is enough” as he stands up for and supports the Black Lives Matter movement.

TheBlack-ish creator shared that the show’s 2016 episode titled “Hope,” which deals with police brutality, would be re-airing Tuesday night, in light of the ongoing protests happening all over the country.

Barris explained that it has been more than four years since the episode aired and talks about how it was inspired by his own conversation with his children about the “countless examples of systemic oppression happening around them.”

“It’s been 1,562 days since we first shared that episode with the world and it breaks my heart on so many levels that this episode feels just as timely as it did then and eerily prescient to what’s happening to black people in this country today,” Barris wrote on Instagram.

The episode is timely, as many are calling for an end to police brutality and protesting after the death of George Floyd, a Minneapolis man who died after a police officer held him down by the neck with his knee.

While Barris is grateful to ABC for re-airing “Hope,” as well as its “Juneteenth” episode, he added that this is about “coming together as a country and as a humankind to say enough is enough.”

“Hope” centres on the Johnson family reacting to a court case involving a black teenager who was allegedly a victim of police violence.

Dre (Anthony Anderson) and Bow (Tracee Ellis Ross) are then at odds about how to discuss the situation with their kids when they start asking questions about it. While one parent wants to discuss the tarnished legal system and how it treats black people, the other wants to take a more hopeful approach.

The “Black-ish” clip that every American should see. pic.twitter.com/NxOExySgmx

“Black rights are human rights, and this continued injustice impacts all of us,” Barris noted. “So while we hope these episodes can bring your families together in watching and learning, the real hope is that it inspires you to join us in demanding liberty and justice for all – once and for all.”

As Hollywood continues to speak out against police brutality, other movies and television shows touching on the injustices in the black community are also being highlighted.

Warner Bros. announced Tuesday that it would be making the movie Just Mercy available to watch for free throughout the month of June to promote education about racism and injustices within the legal system.

People have also put the spotlight on The Hate U Give and how the 2018 drama relates to the current nationwide protests.