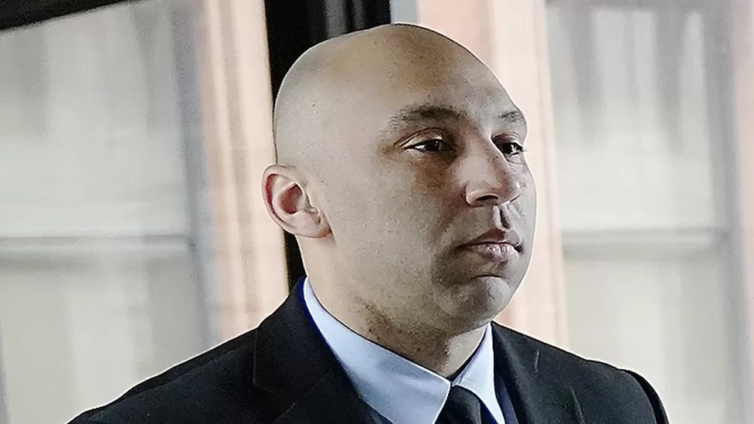 A former Minneapolis police officer who knelt on George Floyd’s back has been sentenced to three-and-a-half years in prison for his role in Mr Floyd’s death.

He was one of four officers involved in the arrest, filmed by bystanders, of the 46-year-old.

Mr Floyd was killed by police in May 2020 while lying prone and handcuffed.

His death sparked global outrage and a wave of demonstrations against racial injustice and police use of force.

In April 2021, former police officer Derek Chauvin was convicted on state murder and manslaughter charges for kneeling on Mr Floyd’s neck for more than nine minutes and sentenced to 22-and-a-half years in jail. He is serving that sentence concurrently with a 20-year sentence on federal civil rights charges, for which he pleaded guilty in December 2021.

In February, Kueng, along with two other responding officers, Thomas Lane and Tou Thao, were also found guilty on federal civil rights charges. The officers were charged with showing “deliberate indifference to [Mr Floyd’s] serious medical needs” during the attempted arrest.

Video footage of the arrest shows Kueng and Lane assisting Chauvin by helping to hold Mr Floyd down. Thao, meanwhile, kept concerned bystanders away. Chauvin was a field training officer to both Lane and Kueng.

As well as Chauvin, the other officers involved were given sentences of varying lengths for the federal charges:

Speaking in court ahead of the sentencing, prosecutor Matthew Frank said that Kueng “was not simply a bystander in what happened that day”, but instead played an “active part”.

While Kueng declined to address the court directly, his defence attorney, Thomas Plunkett, argued that city and police officials had “failed” Mr Floyd, Kueng and the community alike.

Attorneys representing George Floyd’s family said that the sentencing represented “yet another piece of justice for the Floyd family”.

“While the family faces yet another holiday season without George, we hope that moments like these continue to bring them a measure of peace, knowing that George’s death was not in vain,” they added.

DISCLAIMER: The Views, Comments, Opinions, Contributions and Statements made by Readers and Contributors on this platform do not necessarily represent the views or policy of Multimedia Group Limited.
Tags:
Ex-officer J Alexander Kueng
George Floyd