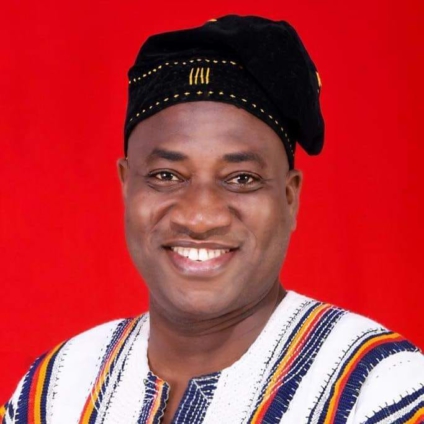 Member of Parliament for the Tamale Central Constituency, Murtala Mohammed has applauded the Black Stars of Ghana, for their three nil victory over Madagascar on Wednesday, June 1.

According to the NDC lawmaker, the performance of the senior national team was commendable, and therefore there is the need for them to be encouraged.

Speaking on the AM Show on Thursday, the legislator, who is also a football enthusiast intimated that amidst the progress of the team, the team must prioritise the inclusion of more local players in its setup.

“It gives me hope that we have a coach and a technical team that are doing well. We need to encourage them. And the good thing about it is that, the coach is not afraid to venture. Because these are new players. Hitherto, you’ll find those old players who’re still being used and I see a blend of experienced players and new players and they’re proven.

The new players and the young players are playing with some profound desire. They want to make a name. And for me, that is one thing that is encouraging. You can’t have the old professional players who’ll play the same thing”, he stated.

To enhance the fortunes of the team, he further advised that, “The year Egypt was celebrated when they won the African Cup of Nations several times, most of their players were local players. And I think for me, that is one very positive thing about it. I just want him to see whether we can identify some local players within the Ghanaian league. If we have such players also coming on, I think it will help the team”.

The Black Stars of Ghana got their 2023 Africa Cup of Nations qualifying campaign to a good start with a convincing win over Madagascar on Wednesday, June 1.

Felix Afena-Gyan and Osman Bukari scored their debut goals for the Black Stars, while Mohammed Kudus also went on the the scoresheet as Ghana recorded a 3-0 win at the Cape Coast Stadium.

Having watched Angola beat Central African Republic with a 2-1 win earlier in the day in the other Group E encounter, Otto Addo and his charges were bent on gaining all three points and putting an end to a run of six games without a win.

Ghana started the game on a stronger foot with some decent chances coming their way, but the Black Stars were unable to maximize those opportunities in the opening 45 minutes.

However, having returned from recess, the home team played with much purpose and hunger until eventually they were able to put three past the Bareas.

Kudus opened the scoring in the 53rd minute of the game: slotting the ball into the net after being found by Afena-Gyan.

Three minutes later, the AS Roma forward netted his maiden goal for the Black Stars; this time finishing off from a pass from Gideon Mensah.

With just four minutes to go before the full-time whistle, Bukari rounded off the Madagascar goalkeeper; making it 3-0 after being on the end of Kudus’ mishit pass.

Antoine Semenyo made his debut for the Black Stars as he replaced Afena-Gyan for the last 15 minutes of the game.

The result against Madagascar saw Otto Addo recording his first win as the head coach of the national team.

DISCLAIMER: The Views, Comments, Opinions, Contributions and Statements made by Readers and Contributors on this platform do not necessarily represent the views or policy of Multimedia Group Limited.
Tags:
2023 AFCON Qualifiers
Black Stars
Kudus
Madagascar
Murtala Mohammed
otto addo