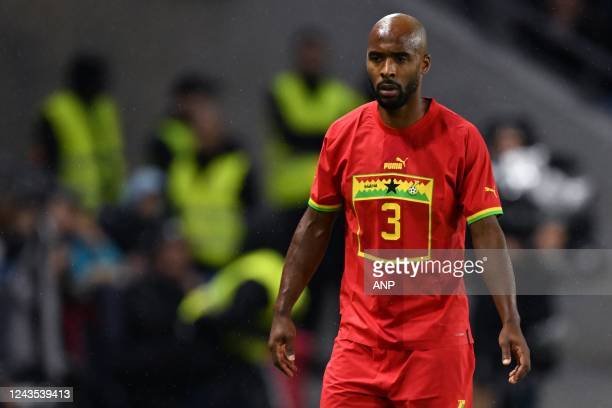 Otto Addo’s side are up against the 2016 European champions in their first game at the 2022 FIFA World Cup, a fixture both teams have admitted could be key to their chances of progressing from the group.

Ghana go into the competition ranked as the lowest team while Portugal find themselves in the top 10 of the FIFA ranking.

However, Odoi, who watched Saudi Arabia beat Argentina earlier on Tuesday in Group C, believes the Black Stars can take a cue from the Arabians by playing as a team.

“Obviously we’ve seen what Saudi Arabia did [against Argentina]. It proves that you still have to play every game. It’s not because you’re a small country playing against a bigger country,” he said ahead of Ghana’s opening match.

“From my experience, if we play as a team and are cohesive as a group, we can do anything.”

He also added that the players have their minds set on the fixture against Portugal as they hope to make use of the lessons from the three friendlies played.

“We’re focused on the game against Portugal. We learned from our game against Brazil with regards to the things that went wrong and we were trying to correct those.”

Ghana’s fixture with Portugal is scheduled for a 16:00 GMT kickoff.

DISCLAIMER: The Views, Comments, Opinions, Contributions and Statements made by Readers and Contributors on this platform do not necessarily represent the views or policy of Multimedia Group Limited.
Tags:
Black Stars
Denis Odoi
Lawrence Baidoo
Portugal