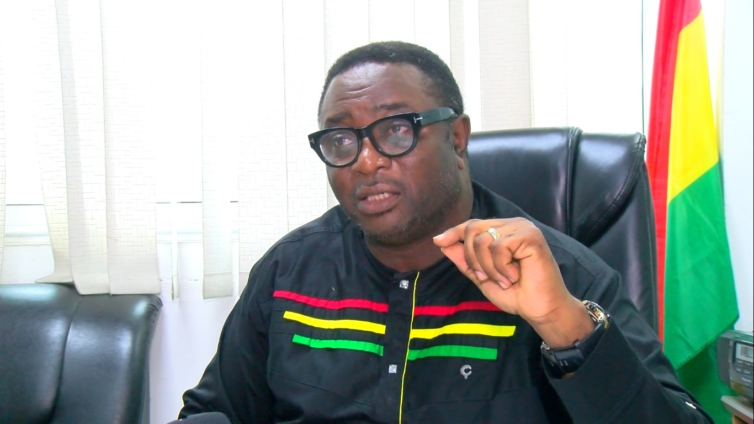 Former Youth and Sports Minister, Elvis Afriyie Ankrah says Black Stars players who represented the country at the 2014 FIFA World Cup in Brazil were disrespectful to the nation and its leadership at the time.

The players, led by Captain Asamoah Gyan, boycotted training and threatened further action by not playing the final group match at the competition if their appearance fee was not paid in full and in cash.

It took the intervention of then Vice President, Paa Kwesi Amissah Arthur, to overturn a cabinet decision and increase the appearance fee to a whopping $100,000 before the players accepted to honour the final group match against Portugal.

Recalling events of Brazil 2014 in an interview on Luv FM, Mr. Afriyie Ankrah described as disrespectful, the attitude of the players in holding the country to ransom.

“You know the first World Cup they had an appearance fee of $50,000, then the second world cup they had $75,000 and this time they asked for $100,000 and the government said this time things are difficult and then they [players] said no, it is either the $100,000 or nothing. So, when I realized they were being difficult and they had gone to Montenegro for training, I told the government we need to send a team to go and speak with them. Dr. Mustapha and Hon Adu Asare were assigned to inform them of the government’s position. They went and came back and said the players said they still will not accept it. And this was a cabinet decision, cabinet with the President, his Vice and all the other ministers and for me I thought it was very disrespectful to the state and to the country,” said the former Sports Minister.

Mr. Afriyie Ankrah also revealed that even before Ghana’s first game against America, the players had threatened not to play because the bonus issue was unresolved.

“People don’t know that when we got to Brazil even before the first match with America, they threatened to boycott unless they got their $100,000. So, I had to go to the then Vice President, H.E Paa Kwesi Amissah Authur who was there to represent Ghana and told him this is the crisis we have. So, he came onto the field and told them you would get your $100,000. So, the Vice President had to overturn a cabinet decision based on the exigency of the situation,” he said.

DISCLAIMER: The Views, Comments, Opinions, Contributions and Statements made by Readers and Contributors on this platform do not necessarily represent the views or policy of Multimedia Group Limited.
Tags:
Afriyie Ankrah
Asamoah Gyan
Black Stars
brazil 2014
World Cup