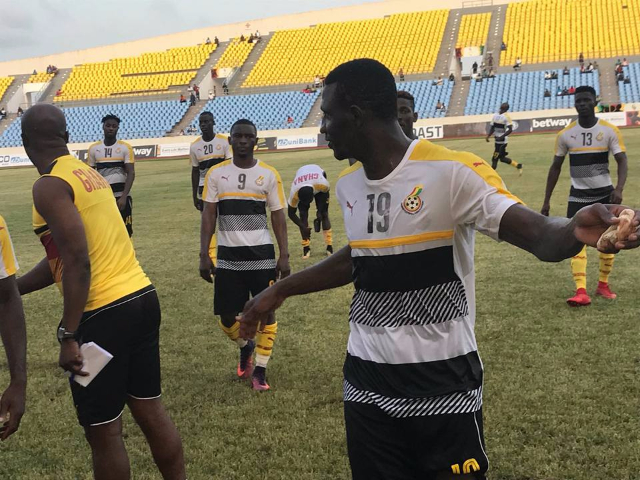 A preparatory game for the final 2018 World Cup qualifier turned into a demolition exercise for the Black Stars as they smashed former star Nii Odartey Lamptey's Glow Lamp Academy 5-1 at the Cape Coast stadium on Thursday.

In-form striker Richmond Boakye-Yiadom and Nicholas Opoku found the back of the net as the Stars led 2-1 at halftime.

In the second half, Alaves midfielder Mubarak Wakaso marked his return to the national team with a goal to make it 3-1.

Before Raphael Dwamena added the fourth goal and left-back Lumor Agbenyenu made it five.

Kwesi Appiah was able to field two different sides for each half as he tried different players in different roles.

Only Opare and Ampomah returned their positions for the second half with Appiah making nine changes.

The team will have two more training sessions prior to Sunday but the result and performance will give Kwesi Appiah a positive headache as every player, with the exception of Asamoah Gyan and Christian Atsu, who are nursing injuries, seems capable of a starting slot.

The Black Stars will take on the Pharaohs with nothing at stake after the North African secured qualification to the global showpiece last month.