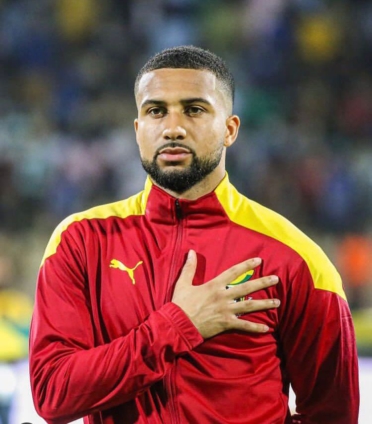 Black Stars midfielder, Daniel-Kofi Kyereh, is confident an African country is capable of winning the FIFA World Cup and has tipped Ghana to achieve that feat.

The closest Ghana has been to the World Cup trophy was during the 2010 edition in South Africa, where Milovan Rajevac’s side reached the quarterfinal stage, while the 2006 and 2014 editions saw them exit in the round 16th and group stage respectively.

The Black Stars will be making a return to the Mundial to be stated in Qatar in November after missing out on the last edition in 2018.

Kyereh, when quizzed by GQ South Africa about the possibility of an African team winning the World Cup said, “Yes! Ghana will receive the World Cup trophy one day.”

The tournament in Qatar will be the Freiburg midfielder’s second tournament with the Black Stars after playing at the 2021 Africa Cup of Nations.

Speaking on his expectations for the tournament, he added, “I anticipate a fun tournament. And I expect us to represent our country to the best of our abilities, demonstrating to the world that we can compete with anyone.”

Kyereh made his debut for the Black Stars in September 2021 during a World Cup qualifier game against Ethiopia, coming on in the 28th minute of the fixture.

DISCLAIMER: The Views, Comments, Opinions, Contributions and Statements made by Readers and Contributors on this platform do not necessarily represent the views or policy of Multimedia Group Limited.
Tags:
Black Stars
Daniel-Kofi Kyereh
Lawrence Baidoo
World Cup