More young people under 50 are being diagnosed with bowel cancer, two studies of the disease in European and high-income countries have found.

Although total numbers of cases in young people remain low, the studies highlighted a sharp rise in rates in 20 to 29-year-olds.

Researchers are not clear why this is happening, but say obesity and poor diet could be factors.

Experts urged doctors not to ignore symptoms in young people.

In most of Europe, bowel cancer screening programmes start at the age of 50 because cases of the disease are much higher among this older age group.

As a result, countries with established programmes, like the UK, have seen bowel cancer rates in the over-50s fall.

But recent research suggests rates are now rising more steeply among under-50s – and there have been calls for screening to start at 45 instead, in the US particularly.

In a study in the journal Gut, Dutch researchers analysed trends in 20 European countries, including the UK, Germany, Sweden and France, using data from more than 143 million people.

They found a rise in cases of bowel cancer between 1990 and 2016 in most countries – with the most significant increase among people in their 20s.

But there was no increase in deaths from bowel cancer for this age group, the study found.

Among people in their 30s, rates of bowel cancer also rose – but less steeply – and among 40-somethings rates fluctuated.

The researchers, from the Erasmus MC University Medical Center in Rotterdam, said if the trend continued, screening guidelines may need to be reconsidered.

Another study, in the Lancet Gastroenterology & Hepatology, appeared to confirm the trend among young adults in high-income countries, including the UK, Australia, Canada and New Zealand.

Over the same period, there were decreases in bowel cancer cases of 1.2% in the over-50s.

The findings were similar in many of the countries studied. 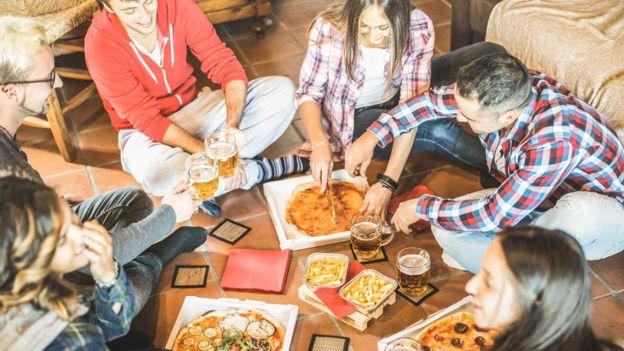 Dr Marzieh Araghi, lead study author from International Agency for Research on Cancer in Lyon, said the findings highlighted the need for action.

“While population-based screening in people under 50 years old is not considered to be cost-effective due to relatively low incidence numbers, family history could help to identify younger people at high risk of genetic susceptibility to colorectal cancer, for further assessment,” she said.

Dr Araghi added that more studies were needed “to establish the root causes of this rising incidence to enable the development of effective preventive and early-detection strategies”.

Andrew Beggs, consultant colorectal surgeon from the University of Birmingham, said rising rates of bowel cancer among young patients “must be urgently investigated”.

“This means the age at which bowel cancer screening needs to start may have to change to screen people at a younger age, and people under the age of 50 with any ‘red flag’ symptoms (bleeding, a change in bowel habit, weight loss or tummy pain) should get it checked out as soon as possible,” he said.

What are bowel cancer symptoms?

Dr Marco Gerlinger, from the Institute of Cancer Research, London, said he had noticed increasing numbers of young patients with bowel cancer for some time.

“These large and high-quality studies provide solid data to support this trend,” he said.

And he added: “These results are a call to action to raise awareness among staff in GP practices and hospitals to consider bowel cancer as a diagnosis when young people come to them with pain, changes in bowel habits or blood in their stool.

“The new studies show a clear need to dedicate more efforts to understanding the lifestyle factors that trigger bowel cancers in young people and to rethink how screening may need to be adjusted to prevent such devastating cancers.”