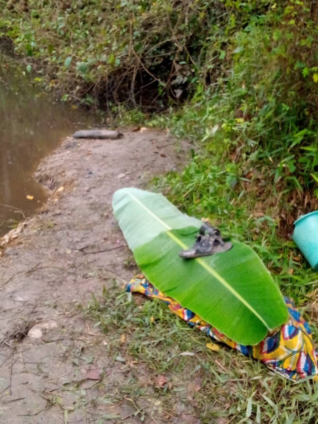 A lifeless body of a 16-year-old boy has been retrieved from River Boafo at Nkwanta in the Mfantseman Municipality of the Central Region.

The deceased, identified as Akwesi Akufo-Addo, was going to fetch water with his friends when the incident occurred.

He said the deceased, known to be a good swimmer, drowned while showing his friends his swimming skills.

“He compared the river to the sea and said he can swim in it but drowned in the process,” Mr Amfoh added.

However, chief of the area, Nana Essandoh, said the young boy drowned because he insulted the river god.

Nana Essandoh revealed that they had to perform series of rituals to pacify the river god before the body was found.

Nana Essandoh said the police were called to the scene to convey the lifeless body of the boy.

Meanwhile, the body of the deceased has been deposited at the Saltpond Government Hospital morgue pending autopsy.