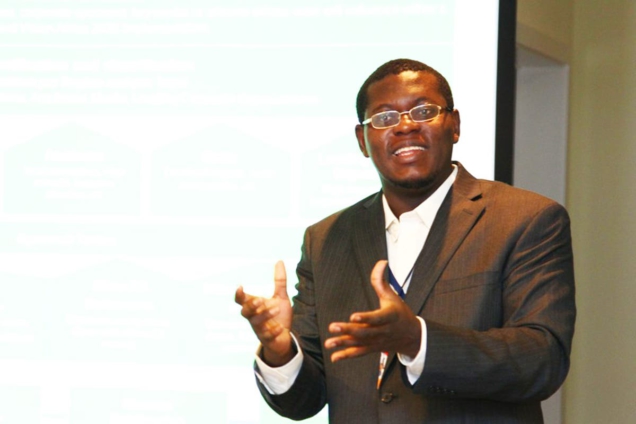 There are a number of public sector institutions whose operations and service delivery can generate revenue to offset the costs involved. In Ghana, the jargon used is: “internally generated funds” (IGF).

For many years analysts have lamented the very poor IGF record of some of these institutions and much lip service has been paid by the Head Honchos of the Public and Civil Service about fixing what is becoming an annoying source of waste.

Ghana’s “development partners” have funded various programs in the last several years to plug leakages, but seemingly to no avail.

The problem has been hidden because over the years Finance Ministry budget analysts have simply resorted to setting absurdly low IGF targets for public sector institutions so that they can report overperformance.

For example, a review of IGF performance for the 2016 to 2019 period would suggest to the untrained eye that public sector institutions in Ghana are highly efficient in meeting their IGF targets.

Nigeria, on the other hand, recorded IGF totalling 1.9 trillion Naira ($4.28 billion at the official exchange rate or $2.5 billion at the parallel market rate) in 2021. I accept that there are probable methodological and categorisation factors that can complicate a direct comparison between the two countries. The State and Local government entities in Nigeria, for instance, are generally more empowered in their federal system than is the case in Ghana. But even so, adding local government revenue in Ghana makes little difference in assuaging the concerns raised.

In 2020, the latest year for which audited reports are available, local government IGF in Ghana amounted to 391 million GHS ($70 million, thus showing negative real growth), with the Accra Metropolitan area earning just $2.1 million ($26 million for Greater Accra Region). The Auditor-General points to worrying inefficiencies as the main culprit for the underwhelming performance.

So, political-constitutional differences notwithstanding, the IGF performance in Ghana, compared to regional peers such as Nigeria, at various levels raises eyebrows. Because whatever IGF is not being collected at local level due to the weakness of the district and municipal assemblies must, logically, be collected by the central government and so should show in the aggregates anyway.

In that light, the mere fact that Nigeria is able to report that 23.5% of all government revenue can be attributed to economic earnings made from delivering services to citizens, whereas Ghana can only attribute less than 10% of total revenue to a similar source (whatever the differences in categorical composition) is seriously mindboggling and deserving of explanation.

Here are a few specific examples that add credence to my suspicion that something seriously problematic is going on.

As at the end of September 2022, Wenchi Farm Institute, which the Agric Minister promised in 2020 was on the verge of being converted into an advanced agricultural college, was in such dilapidated shape that its IGF was a grand total of ZERO.

GRATIS, set up to develop machinery and industrial equipment for sale to micro, small, and medium enterprises (MSMEs) to transform Ghana’s industrial capacity, has made less than 200,000 GHS out of a ridiculously low target of 435,000 GHS.

The country’s foremost state-funded hospitality training school (HOTCATT), set up to advance Ghana’s tourism capabilities and transform the country into a regional hub, has made just 30,000 GHS ($2000).

The country’s most iconic state-run entertainment venue, the National Theatre, has recorded only $54,000 in revenue.

The massive touting of success in the country’s railway sector is exposed by the disclosed revenue of just $135,000. Comparatively, Nigeria’s equally constrained and struggling railway sector generated 6 billion Naira in passenger revenue alone in 2021 (i.e. more than $100 million).

The country’s mortuary facilities operator says it has collected no fees so far in 2022.

Some readers will recall that during the pandemic the government of Ghana set up a scheme to disburse soft loans to eligible MSMEs under a scheme called CAPBuSS (CAP Business Support Scheme).  The government’s own accounts suggest that more than 900,000 MSME owners applied for assistance under the scheme.

Subsequently, about 300,000 of them were deemed successful in their applications and thus qualified for various amounts of loans disbursed to them through mobile money networks and/or other financial channels.

The period of fund disbursement to the beneficiaries was indicated as “May 2020 to July 2021”, though it would appear from the government’s accounts that most disbursements were done by March 2021.

CAPBuSS beneficiaries were given a grace period of one year and a two-year repayment schedule on a standard amortization basis.

Of the initial GHS 1.2 billion approved for the COVID-19 Alleviation Program (CAP), about GHS 900 million was reported to have been spent on (CAPBuSS).

More than 18 months have since passed since the grace period elapsed for the first cohort of recipients. All recipients must now have exhausted their grace period months ago.

Given the two-year repayment period, an elementary linear amortization model (i.e. discounting the fact that the bulk of the money was spent in the early part of the disbursement period) would suggest that even at a painfully low 10% recovery rate, Ghana Enterprises Agency should be seeing an average amount of at least 2 million GHS a month (~$140,000).

To instead report $18,000 over the course of the year is frankly shocking. It begs the question, what kind of basic credit due diligence system was put in place when disbursing the funds?

It is important to bear in mind that even if some of the funds were disbursed through partner financial institutions, the institutional accountability still falls on Ghana Enterprise Agency, and any recoveries would need to reflect in its books.

Surveying these results, one cannot help but wonder what exactly are the performance bonds of the boards and management of these institutions.

How can the government justify additional taxation when various avenues to generate revenue in Ghana continue to underperform at this rate? Regular readers of this site may recall my spirited arguments in the past against the uncritical notion that Ghanaians are tax cheats.

If in the past Ghanaians have been lax in monitoring revenue performance of all these state bodies, well, today, times have changed.

Now that the government is ramping up consumption taxes, attempting to default on its debt obligations to some citizens, and calling for general belt-tightening across society, hard questions must obviously be asked. If non-tax revenue, like IGF, can help cover some of the gaping fiscal deficits without increasing the tax burden, why has so little effort been made to boost it?

Ghanaian public institutions must be told in no uncertain terms to plug their leaks, quit slacking around, and “show us the money”.

DISCLAIMER: The Views, Comments, Opinions, Contributions and Statements made by Readers and Contributors on this platform do not necessarily represent the views or policy of Multimedia Group Limited.
Tags:
Bright Simons
Public institutions