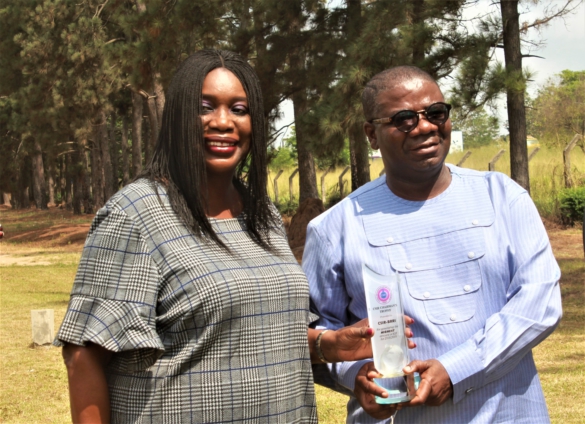 The Building and Road Research Institute (BRRI) of the Council for Scientific and Industrial Research (CSIR) has been adjudged winners of the Council Chairman Trophy for 2020.

The award is a recognition of being the most commercially oriented institute under the Council which means it generated the highest revenue this year.

The award which is the first ever organized by the council is meant to compel all the thirteen institutes under the Council to commercialize their research works.

Council Chairman, Professor Kingsford Adabor, explains the initiative will encourage all the thirteen institutes to increase their internally generated funds through commercialization of their research works.

“…so council felt that there is a need to have this award scheme to ensure that there will be a kind of healthy competition among them to vie for the Chairman’s Trophy which is given to the institute that generate more IGF than the others in the council and we will continue to do this annually”.

According to him, money is the life-wire of every organization, and CSIR cannot be different.

Professor Adabor continued that, “We are about thirteen institute span across the whole of Ghana.  We think that it is about time that most of our institute show profit from the technologies and services and consultancies they render.”

At a ceremony to recognize the winners in Kumasi, Director of BRRI, Dr Asenso Gyambini said the award will spur them on to generate more revenue from the work they produce.

“It is a fusion of using the research to upgrade what we have in the system and to be able to use the data to inform policy. We are going to scale up all the things we have been doing in the past two years.”