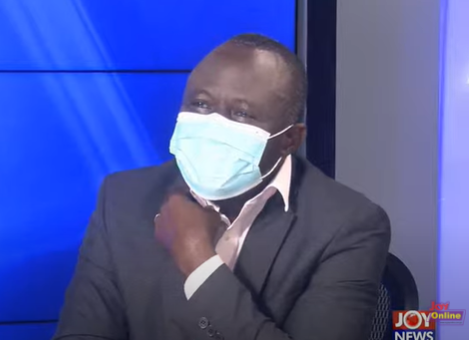 Deputy Minister for Food and Agriculture has disclosed that the Buffer Stock Company Limited is still in operations amidst food shortages and increased prices in the country.

Mr Yaw Frimpong Addo, speaking on JoyNews’ PM Express Business Edition said “It [Buffer Stock] has worked up to the current crisis. Without the Buffer Stock, can you imagine what would have happened to the school feeding programme and the secondary schools?

“It is working, just that the pressure has mounted because of the shortage that came and poultry farmers are competing with human beings for these same items and because it is not available in the quantities that we expect, naturally, there will be hue and cry.”

According to him, the limitations of the company cannot be described as a failure but challenges that require fixing.

He is of the view that there have only been challenges in the fifth year of President Akufo-Addo’s administration.

His comments come at a time when parts of the country are experiencing food shortages. According to students of Damongo Senior High School, who spoke to JoyNews, the issue of food shortage has been worsening since May this year.

This has resulted in some students relocating from the boarding house and commuting from their homes to school for classes.

But barely a day after JoyNews’ broadcast, the Buffer Stock Company sent two trucks of food items to the school.

Interacting with host, George Wiafe on Thursday, Mr Frimpong Addo suggested that all warehouses built should be operationalised to enable Buffer Stock to purchase the produce to end the challenges faced by the company.

“If we put all the warehouses that we have built into operation and then the Buffer Stock Company is given more resources to buy the produce from the farmers, maybe at farm prices that we are always down and store them in these warehouses, going forward, I don’t think we are going to face these problems,” he said.

Also, he recommended that the management of the warehouses should be undertaken by the private sector.

He argued that this is necessary because some of the warehouses have been abandoned and its land is being encroached.

“We went to a place in the Bono Region and went to see some warehouses that were built and the way we have allowed that place to go. Even the land area that belongs to the government of Ghana, the way people have encroached those lands, a private person will not allow you to do that.”

“These ones that we have built, there are beautiful warehouses that I’m sure if we lease it to a private person, the private person can use it effectively so farmers can go and store their produce there when there is bumper. So when there is a shortage, then we can release this into the market,” he added.