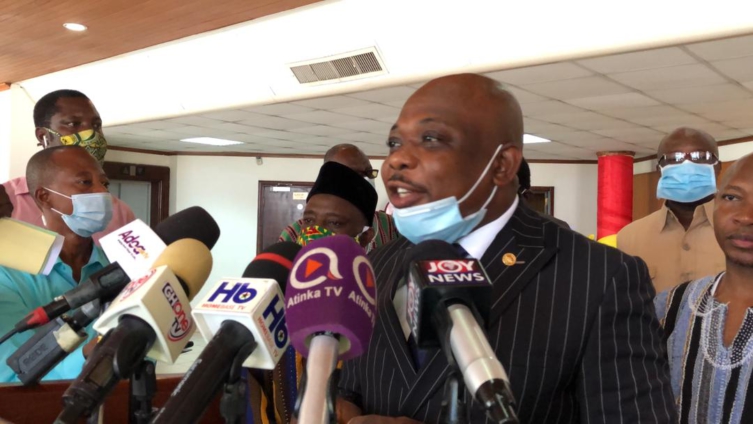 The Builsa North Member of Parliament (MP), James Agalga, has revealed that he will soon file a Private Member’s Bill to repeal laws that criminalise publication of false news.

Speaking in an interview on JoyNews’ Upfront, Wednesday, the former Deputy Interior Minister explained that the Bill is targeting all repressive laws because they are being abused.

“I could propose that Section 218 in its entirety be taken out from the Criminal and Other Offences Act. We must protect and safeguard public order.”

“But false news and the publication of same, which does not cause any harm to the public and law and order, we shouldn’t necessarily criminalise them,” he argued.

On his part, a Democracy and Development fellow at the Centre for Democratic Development (CDD), Prof Kwaku Asare, charged judges to strike down the wrongful application of the law by the Police.

“I have no difficulty with Section 207, which is a law that deals with public peace, has something to do with whether you use threatening or insulting or abusive words; for instance, if somebody is making loud noise after midnight in a residential area or somebody goes to a funeral and starts insulting people.

“There is a proper place for such a law. Section 208, on the other hand, deals with false statements that are likely to incite fear and panic.”

Their comments follow the recent wave of arrests and prosecutions of journalists and politicians for purportedly making untrue statements that have the likelihood of causing fear and panic.