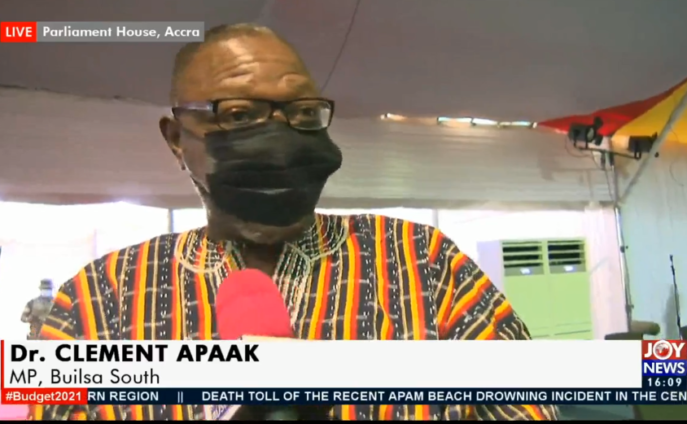 The Builsa South MP says his constituency has not received any subsidised fertilizer despite claims by the Agriculture Minister that manure distribution in the northern sector has improved.

According to Dr Clement Apaak, farmers in Builsa South, one of the districts in the Upper East Region, are “yet to receive a single bag of any subsidized fertilizer as of now.”

He, therefore, wants Dr Owusu Afriyie Akoto’s Ministry to explain why reports from the substantive minister do not correlate with the facts on the ground.

“Could it be the case that Builsa South has been blacklisted? If that is the case, the people of Builsa South deserve to know in fine detail the reasons for the blacklisting which is threatening their source of livelihood.”

The MP further bewailed the high cost of fertilizers on the market and loss of farm produce, resulting from the acute shortage of fertilizer.

“Farmers who invested heavily in farming activities in anticipation that government through Planting for Food and Jobs will supply fertilizers at subsidized prices have already started counting their losses as their crops turn pale and yellowish on their farms due to the unavailability of fertilizer.

These challenges pointed out, the legislator said, have dire consequences on the economy of the country.

He projected that there will be a shortage of food crops in the coming days, resulting in food prices skyrocketing if the supply of fertilizer is not checked.

He added that the unemployment rate would worsen as some persons employed in the agricultural sector risk losing their jobs due to a fall in the production of farm produce.

“Another consequence of all this is the increase in rural-urban migration as more young men and women will troop to urban areas to enhance their survival. In other words, we can expect more ‘kayaye’, scrap collectors and truck pushers in the cities,” he also stated.

Dr Clement Apaak believes that the government’s lack of preparation to combat the Covid-19 pandemic has contributed to the shortage of fertilizer across the country.

“What is shocking is how trucks carrying hundreds of bags of fertilizers can cross our land borders which have been supposedly closed since the onset of Covid-19. Clearly, donkey carts alone cannot be responsible for the quantum of fertilizers smuggled across our borders.

“The inability or refusal by the security agencies and government to crack down on the activities of smugglers is not a mark of incompetence but reveals complicity on the part of government officials,” he opined.