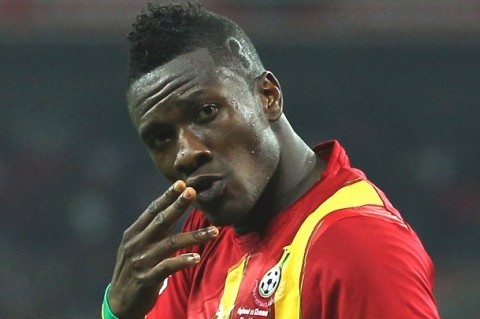 Confederations of African Football (CAF) has announced the final three-man shortlist for the 2013 Africa Footballer of the Year award, with Ghana skipper Asamoah Gyan excluded from the list.
But Ghana youngster Ebenezer Assifuah is in the hunt for the Young Player of the Year award.
The youngster will represent Ghana at the awards night for his heroic role he played as the top scorer at the U20 World Cup in Turkey in the summer.
The Ivorian pair of Yaya Toure and Didier Drogba made the final three for a second successive year and will be joined by John Obi Mikel of Nigeria.
The winner will be announced on the 9th of January 2014 at the GLO-CAF Awards Gala to be held in Lagos Nigeria.
In the African Player of the year ( based in Africa) category the winner will be selected from Egyptians Ahmed Fathy and Mohamed Abou Trika with Nigerian Sunday Mba also in contention. The winner will also be announced at the Awards Gala in Lagos on the same night.
Yaya Toure is the reigning African Footballer of the Year while Mohamed Abou Trika is the current African player based in Africa.
The other categories are as following:
National Team of the Year
Burkina Faso
Ethiopia
Nigeria
Youth National team of the Year
Nigeria U 17
Club of the Year
Al Ahly
CS Sfaxien
Orlando Pirates
Fair Play Award
Nigerian Supporter
Coach of the Year
Manu Garba
Stephen Keshi
Paul Put
Most Promising Talent
Ebenezer Assifuah
Saleh Gomaa
Kelechi Iheanacho
Referee Award
Alioum Neant
Haimoudi Djamel
Papa Bakary Gassama
Legend Award
Bruno Metsu
Mehdi Faria
Isaac Darko
Tags: