Camidoh awarded Emerging Artiste of the Year at UMB GTA 2020 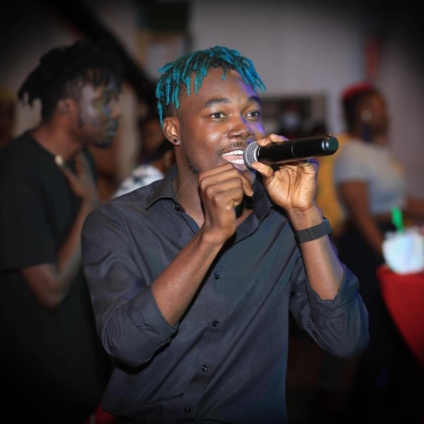 The seventh annual Universal Merchant Bank Ghana Tertiary Awards (UMB GTA) was held at the National Theatre in Accra November 13, to celebrate the year’s biggest students whose lives have changed their society, through their contribution in the area of their work.

Camidoh — one of the biggest emerging stars actually on hand though not a student — took home one of the notable category awards, after being announced as the 2020 “Emerging Artiste of the Year” at the just ended awards ceremony.

For the artiste, the year under review has been remarkable following the successful release of his debut EP, Contingency Plan (CP).

Amassing millions of streams across all major digital platforms, and accomplishing a desired aim of results, CP has been described as a fan-favorite from an emerging talent.

The events night also witnessed a host of Ghanaian musicians who were enlisted to entertain patrons on the night.

Afropop musician, Camidoh, took his turn to create an energic atmosphere at the event which has been described as Africa’s biggest students’ festival.

With a catalogue of Afropop and afrobeat recordings, the GB Recz and Grind Don’t Stop signed artiste performed songs that took the awards festival to a much-desired peak.

Tracks such as the “For My Lover” (featuring Darko Vibes), “Maria”, “Hot Pursuit”, and others from his critically acclaimed debut EP, CP was positively accepted by the event goers who sung lyrics during his performance.

Camidoh remains to be the ‘Grind Don’t Stop’ artist who won’t stop raising the roof for his fans.