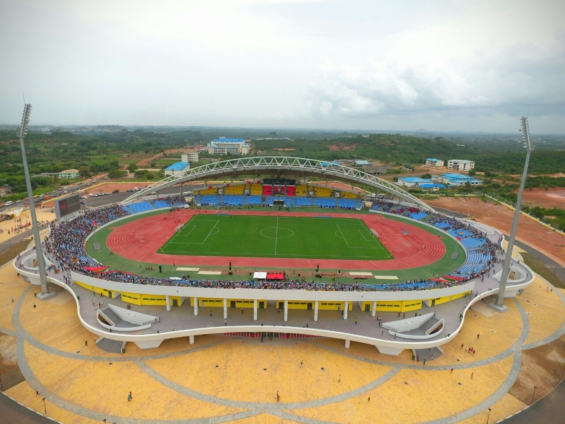 The Black Stars were drawn against the Super Eagles in Saturday’s draw as both teams fight for a spot in this year’s mundial in Qatar.

The NSA, in a letter, addressed to the Ministry of Youth and Sports (MoYS), has announced its intention to close down the Cape Coast Stadium for the 65th Independence Day Celebrations on 6th March. Ghana is expected to hold Nigeria in the first leg of the playoff tie later that month.

The Cape Coast Stadium has served as the preferred venue for the Black Stars home games for the 2022 World Cup qualifiers but following the statement from the NSA, the team would have to look elsewhere.

The NSA has suggested the Accra Sports Stadium and the Baba Yara Stadium as possible alternatives for the games.

Ghana will host Nigeria in the first leg before travelling to Abuja for the return fixture.