Catholic Bishop wants to drop holy water out of a helicopter in mass exorcism - MyJoyOnline.com 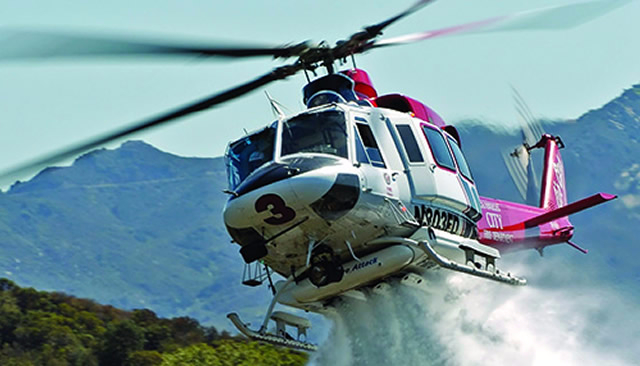 To deal with a wave of violence and corruption sweeping over the Colombian port city of Buenaventura, the bishop of the local Diocese has proposed using a Navy helicopter to shower the city in holy water and purge evil.

Monsignor Rubén Darío Jaramillo Montoya, Bishop of the Diocese of Buenaventura, plans to perform a mass exorcism in the Colombian city that has seen violent crime and corruption rise to an all-time high. With the support of the National Navy, the representative of the Church wants to use a helicopter to sprinkle holy water over the city in an attempt to get rid of demons. The daring event is scheduled for July 13th or 14th, when Buenaventura hosts its annual patron saints festivities.

“We have to drive out the devil out of Buenaventura, to see if we can restore the peace and tranquillity that our city has lost due to so many crimes, acts of corruption and with so much evil and drug trafficking that invades our port,” the Catholic Bishop said.

“We want to go around Buenaventura from the air and sprinkle holy water and see if we can exorcise, drive out these demons that are destroying the port so that the blessing of God comes and removes all this evil that invades our streets.”

The Bishop’s announcement came a week after the lifeless body of a 10-year-old girl was discovered in Buenaventura. Her uncle confessed to the crime and has since been jailed, but this was only the latest in a series of violent crimes in the Colombian port. data show that in the five months of 2019, 51 people were killed in Buenaventura, 20 more than in the same period of last year. Furthermore, Buenaventura has become a strategic port for cartels smuggling drugs into the United States.

Now, the Church and Colombia’s National Navy hope that the mass exorcism will bring peace back to the port city.