Caught in Conflict: Invisible hands want me out of office – Embattled Deputy Minister 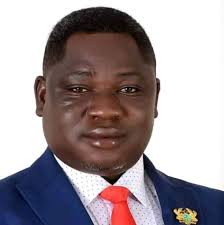 The Deputy Sanitation Minister, Amidu Issahaku Chinnia has alleged that some invincible hands and a senior member of the governing New Patriotic Party (NPP) want him sacked.

He claimed that in the Upper West Region, there is a senior member of the party whose interest is to “destroy every potential of young people in the region.”

The Minister has been embroiled in a scandal after a JoyNews expose ‘Caught in Conflict’ revealed a company linked to him had won government contracts during his tenure as Deputy Upper West Region Minister.

It further revealed how a company linked to Mr. Chinnia was registered in the names of his brother, cousin, and personal driver won government contracts at the Upper West Regional Coordinating Council during his tenure.

The Batuowiisi Company Limited was set up in 2017 barely a month after his appointment and in the same year, won a 2.6 million cedi Planting for Food and Jobs contract.

They were again awarded a 12.6-million-cedi road contract in 2019 by the Upper West Region Coordinating Council.

Speaking on a local radio station in Upper West, the Deputy Minister said he doesn’t find it illegal for family members to apply for a contract at an institution where he is a public officer once it’s within the law.

Mr. Chinnia, claims that so far as his family members are Ghanaians and go according to laws to do business, “they are allowed to do business.”

“Even in the institution where I work, they (family members) can do business but the law requires me to take certain steps if my relations come to do business in the office where I work…once they show interest in doing business there, if I happen to be a member of the tender committee who will award a contract, all what I need to do is declare my interest and recuse myself,” he explained.

But, procurement expert Mr. Atta Bedu tells JoyNews there are procurement violations and possible conflict of interest issues in the matter that CHRAJ must investigate.