Chadwick Boseman: Why did Black Panther have such a huge impact? 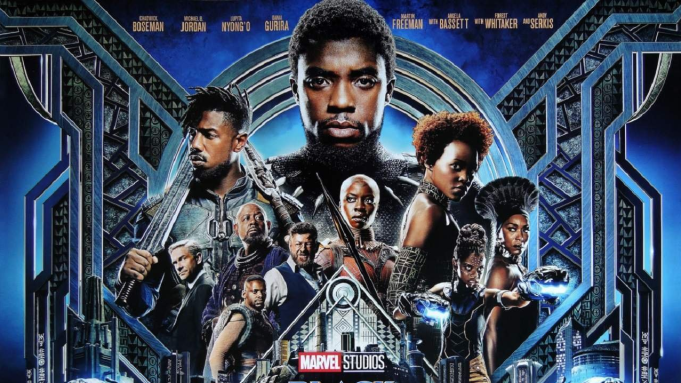 The film – the 12th highest-grossing ever – has been recognized by critics and writers as a watershed moment for Hollywood.

Most importantly, it was the first big-budget superhero movie with a black hero, director and a majority black cast.

The significance was not lost on fans, some of whom went to cinemas in traditional African clothing to celebrate its depiction of black heritage and the fictional kingdom of Wakanda.

“It excited particularly young people – anybody who went to the early screenings felt the excitement and the interaction between audiences and what was happening on the screen,” Kunle Olulode, director of BAME advocacy group Voice4Change, told Sky News.

He said the film destroyed the idea that Hollywood couldn’t make big money from films dominated by black talent.

“He absolutely delivers in terms of projecting the character and exciting people, particularly young black people, in terms of possibilities of how society could be changed.

“[In] the cultural space of the film industry it is undoubtedly a milestone.”

The commercial success of the film – currently the 12th highest-grossing of all time – was backed up by critics and many black writers who praised it as a watershed moment when it was released in 2018.

Thank you, King. For blessing us with your gift, inspiring us with your portrayals — and on a personal note, for being part of one of the most important stories of my life. We met only a few times, but I will genuinely miss your quiet grace, kindness, and candor. You were regal. pic.twitter.com/uTf8JDdsan

The New York Times called the film a “defining moment for black America”.

Earlier today, I was on Sky News speaking to Gamal Fahnbullen about the untimely death of Chadwick Boseman, an actor who gave us so much on the big screen in spite of his colon cancer, which my own father passed away from 7 years ago. #RIPChadwickBoseman https://t.co/BIH29HTaMU

Two years on, it says it remains a “cultural touchstone – the first major superhero movie with an African protagonist; the first to star a majority black cast; and in Ryan Coogler, the first to employ a black writer and director”.

Its runaway success showed the “possibilities of [black] talent”, says the founder of the British Urban Film Festival, Emmanuel Anyiam-Osigwe.

As well as Boseman’s powerhouse performance, he told Sky News it showcased the likes of exciting young actors such as Lupita Nyong’o, Danai Gurira and Daniel Kaluuya.

Importantly, it was also helmed by 34-year-old black writer and director Ryan Coogler in only his third feature movie.

The marketing of the movie was also significant, notes Mr Anyiam-Osigwe.

“Disney, who were behind the film, decided to take the film out the traditional summer window, put it in February – which in America is Black History Month… They really did think about the marketing and the cultural impact”.

The star of the show was undeniable however: Boseman’s performance as T’Challa, king of the fictional African kingdom of Wakanda, thrust him into the consciousness of mainstream film fans around the world.

Kunle Olulode told Sky News the actor launched a “cultural phenomenon” and “absolutely embodies” the character – who first came to life in Marvel comics in the mid-1960s, amid the US civil rights movement.

The tributes from his Hollywood peers testify to Boseman’s talent – tragically cut short by a private battle with colon cancer – as well as his personality.

i will miss you, birthday brother. you were always light and love to me. my god … ✌🏿♥️✊🏿 🙅🏿‍♂️ forever and ever … https://t.co/9pORaKZuQN pic.twitter.com/awX3DiTVwn

Thor star Chris Hemsworth’s reflection that Boseman was “one of the kindest most genuine people I’ve met” is typical of the messages from across Hollywood, as well as the music and political spheres.

The dilemma now is how to proceed with Black Panther 2, originally slated for release in 2022, without its charismatic lead.

Calling a halt to the series with so much money at stake appears a long shot, but Emmanuel Anyiam-Osigwe says they have “a real decision to make”.

“Some people will say leave Black Panther as it is – as a testament to Chadwick – or maybe they look for a successor… it’s a difficult situation.”

DISCLAIMER: The Views, Comments, Opinions, Contributions and Statements made by Readers and Contributors on this platform do not necessarily represent the views or policy of Multimedia Group Limited.
Tags:
Black Panther
Chadwick Boseman
Ryan Coogler