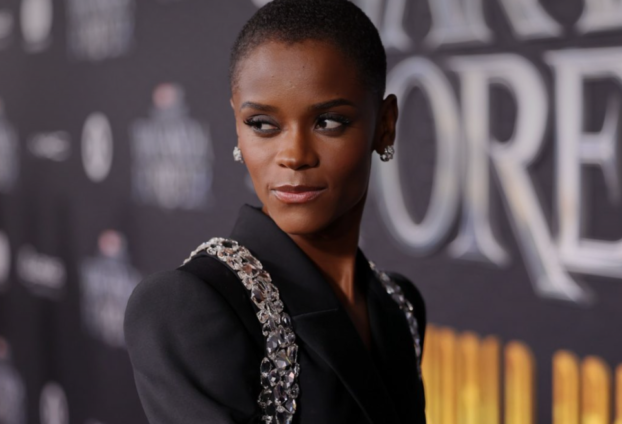 As T’Challa’s death plays a major role in the story of “Wakanda Forever,” Boseman’s absence during the evening’s premiere cast a shadow over the celebration.

Amid great speculation that Shuri will assume T’Challa’s mantle of the Black Panther in “Wakanda Forever,” Wright shared her feelings about creating a sequel without Boseman on the carpet.

Marvel Studios chief Kevin Feige shared his own thoughts on Boseman, expressing gratitude that they were able to work together, even if it was for all too brief a time.

Feige was also greeted by Coogler during his interview, offering some glowing praise for the filmmaker on his big night.

Along with returning cast members, new entrants to the world of Wakanda include Michaela Coel as Aneka, a captain and combat instructor in the Dora Milaje, and Dominique Thorne, who makes her Marvel Cinematic Universe debut as Riri Williams a.k.a. Ironheart, as well as representatives for the kingdom of Talokan, led by Tenoch Huerta Mejía’s Namor, one of Marvel’s oldest characters.

In the comics, Namor has been both a friend and a foe; it seems Coogler and co-writer Joe Robert Cole have found a way to demonstrate both sides with this antagonist.

Like Marvel Cinematic Universe entries, much of the plot for “Wakanda Forever” has been shrouded in secrecy.

One major news item was revealed early Wednesday though, when Disney confirmed that Rihanna would sing an original song written for the film, titled “Lift Me Up.” The song marks Rihanna’s first new music in six years.

DISCLAIMER: The Views, Comments, Opinions, Contributions and Statements made by Readers and Contributors on this platform do not necessarily represent the views or policy of Multimedia Group Limited.
Tags:
Chadwick Boseman
Kevin Feige
Leticia Wright
Ryan Coogler