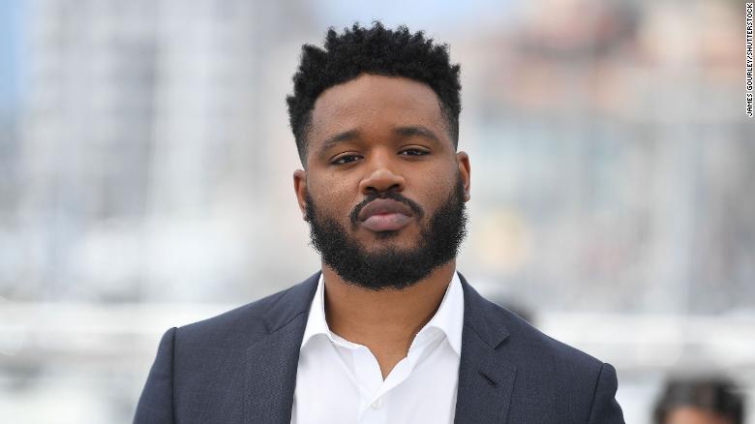 “Black Panther” director Ryan Coogler was briefly detained by police in Atlanta in January after he was mistaken for a bank robber at a Bank of America, according to a police report filed Wednesday.

The director confirmed the incident to Variety. “This situation should never have happened,” he said. “However, Bank of America worked with me and addressed it to my satisfaction and we have moved on.”

Coogler was detained and handcuffed after he went to Bank of America to make a transaction on Jan. 7, according to the Atlanta police report.

The 35-year-old director — who was wearing a hat, sunglasses and a COVID face mask — went to the counter and handed the bank teller a withdrawal slip with a note written on the back that reportedly read, “I would like to withdraw $12,000 cash from my checking account. Please do the money count somewhere else. I’d like to be discreet.”

The teller, however, misinterpreted the situation as an attempted robbery when the amount of the transaction exceeded $10,000 and triggered an alert notification from Coogler’s bank account. The teller then informed her boss that she suspected it was a robbery attempt and together they called the police.

Four Atlanta PD officers arrived at the scene and detained two of Coogler’s colleagues, who were waiting for him outside the bank in a car with the engine running.

They informed the officers who Coogler was and what he was wearing, which matched the description of the man suspected of robbing the bank.

Coogler’s colleagues were detained in the back of a police vehicle, and Coogler was handcuffed and taken out of the bank by two of the officers. After verifying Coogler’s identity and his Bank of America account, the officers released him and his colleagues.

A Bank of America spokesperson told Variety: “We deeply regret that this incident occurred. It never should have happened and we have apologized to Mr. Coogler.”

Coogler has been filming the sequel to the superhero tentpole, “Black Panther: Wakanda Forever,” in Atlanta. The film is set for release in November.

Ever since the renewed Black Lives Matter movement in 2020 following the murder of George Floyd in Minneapolis at the hands of police, there has been heightened scrutiny of incidents of racism across myriad industries — and a laser focus on racism in Hollywood.

The movement has also emboldened more Black people and people of colour in the industry to speak out about their experiences, as discussed in a roundtable hosted by Variety.