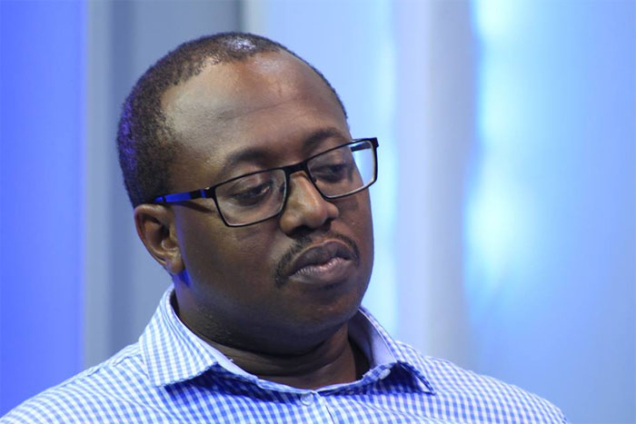 The Director of Advocacy and Policy Engagement at the Ghana Center for Democratic Development (CDD-Ghana) has described the act of changing the locks to the Auditor General’s office as appalling and ridiculous.

Dr Kojo Asante on Joy FM’s Top Story Tuesday, said he was surprised that the head of an independent institution like Daniel Domelevo, who is to make public officials accountable is being treated in such a manner.

“I have been speechless since I saw the video. This is a really low for our country. I had never thought that we will be seeing something like this and it is really appalling.

“This is still the substantive Auditor General. So why would you go and change the lock to the office of someone on leave, because this doesn’t make any sense,” he stated.

According to him, government’s continuous attacks on independent institutions who are to protect the public purse and make public officials accountable could gravely affect the democratic system of the country.

“This is over 20 years of democratic governance in this country and this is what we do. We have reduced our governance to this? And we are going to rationalize this?” he quizzed.

“I think anybody that has love for this country and people who want to do the right thing and work should never be treated this way.

“And if we start allowing some of these things to happen, we will completely run down all our institutions that we have built under the Fourth Republic,” he stressed.

Dr Asante then called on President Nana Akufo Addo to put a stop to actions that derail efforts to rid out corruption from the system.

For the CDD-Ghana fellow, such consistent attacks is embarrassing and damaging to the reputation of the country abroad.

The vociferous Auditor-General was to take an initial 123 days but to start from July 1, but was later asked to take 167 days to include 2020 leave days.

This decision has however been opposed by some Civil Society Organisation accusing the Akufo-Addo government of undermining the country’s objective to fight corruption.

When the president, however, failed to accept the petition by the CSOs to call back Mr Domelevo, they took the matter to the Supreme Court and are awaiting trial.