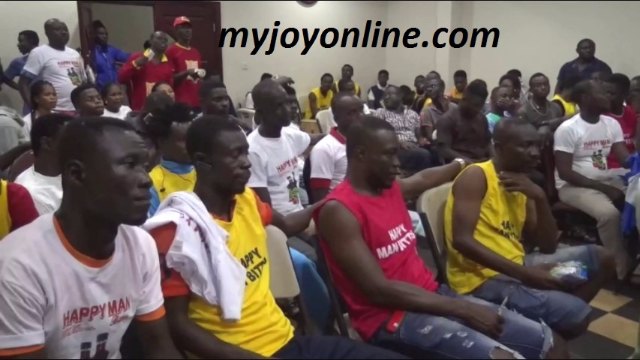 Colts football is on a revival in the Ashanti, Northern, Upper East and West regions with the introduction of an annual inter-community gala, after years of virtual inactivity.

Charger Limited, producers of Happy Man bitters, has put together a one-month inter-community football gala to unearth talents for the country.

The once exciting juvenile soccer which produced talents for both local clubs and the national teams, is set to bounce back.

At least, 18 communities in the Ashanti region will compete for honours in what organizers envisage to become an annual affair.

Luv Sports was at the launch of the gala competition and caught up with the CEO of Charger Limited, Emmanuel Bortey Borketey who says it is his company’s social responsibility to organize this competition.

“We at Charger Limited feel that we owe it a responsibility to give back to society since they have contributed to the success story of Happy Man Gin Bitters,” he said.

The company also intends to make the competition an annual affair across the country and honour individual players with an attachment with some local clubs.

“Charger Limited has already organized the community gala in the three regions of the North and the response has been massive and we hope to institutionalize the Ashanti Regional version and make it an annual affair,” says Mr. Borketey.