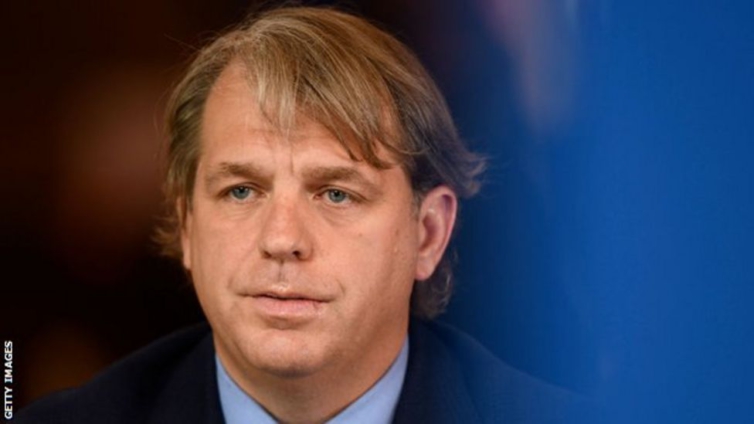 Chelsea have agreed terms on the £4.25bn ($5.2bn) sale of the club to a consortium led by Todd Boehly, co-owner of the LA Dodgers baseball team.

The club was put up for sale before owner Roman Abramovich was sanctioned for his alleged links to Russian president Vladimir Putin following the invasion of Ukraine.

A Chelsea statement said the new owners will pay £2.5bn for the club’s shares.

The proceeds will go into a frozen bank account to be donated to charity.

The consortium is led by Boehly but Clearlake Capital, a Californian private equity firm, would own a majority of the shares in Chelsea. Other investors include US billionaire Mark Walter, also a co-owner of the LA Dodgers, and Swiss billionaire Hansjoerg Wyss.

The consortium said it will provide £1.75bn to invest in the Premier League club, including “investments in Stamford Bridge, the academy, the women’s team and Kingsmeadow and continued funding for the Chelsea Foundation”.

In the statement, Chelsea said the sale was expected to complete in late May. The takeover will require approval from the English football authorities and the UK government.

Chelsea are operating under a special licence from the UK government which ends on 31 May, but last month, Culture Secretary Nadine Dorries said the club were on “borrowed time” to complete the sale.

Any sale can only be signed off by the bidder passing the Premier League’s owners’ and directors’ test.

Boehly, an American investor and businessman, has a reported net worth of $4.5bn (£3.6bn), according to Forbes.

He is a part owner of the Dodgers – a US baseball franchise – and US women’s basketball outfit the Los Angeles Sparks, and owns a stake in the renowned LA Lakers NBA franchise.

Other consortiums who had been in the running to buy Chelsea have been headed by Sir Martin Broughton and the co-owner of the Boston Celtics, Stephen Pagliuca, but they were told in late April that their bids were unsuccessful.

British billionaire Sir Jim Ratcliffe – majority shareholder of chemical group Ineos – made a late offer, but it arrived on 29 April, several weeks beyond the initial deadline for bids of 18 March.

Ratcliffe’s bid was dismissed but he said on 4 May that he was “not giving up”.

On Thursday, Abramovich said he has not asked for his £1.5bn loan to Chelsea to be repaid when the club is sold.

A spokesperson said Abramovich “remains committed” to making sure the proceeds from the sale “go to good causes”.

This is the most significant moment yet since Chelsea was put up for sale, with the Boehly consortium now confident of completing what would be one of the most expensive deals in sports history.

Premier League approval is not expected to be an issue, and the government is keen to get the sale completed.

With concerns raised by rival bidder British billionaire Sir Jim Ratcliffe over the leading role played by private equity firm Clearlake Capital in the Boehly consortium, I understand the club have received an assurance that the group will commit to owning the club for at least 10 years.

In another move designed to reassure fans and distinguish them from the Glazers – the US family that owns Manchester United – I am told the new owners will not pay themselves dividends or management fees during that period.

According to a source, there will also be a limit on the level of debt that the club can take on.