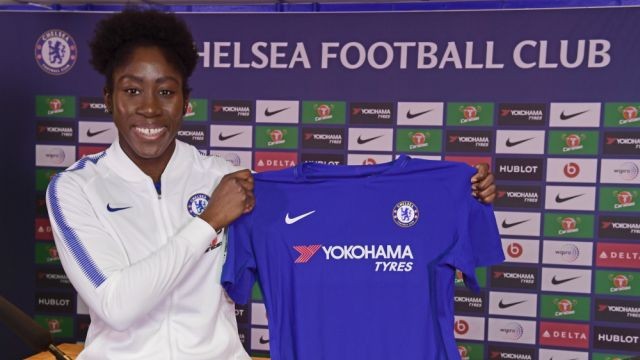 The 32-year-old briefly played for Chelsea before moving to the United States to play for Sky Blue FC in 2008.

After spells with several clubs in the US, Asante went on to play for Swedish side Gothenburg before spending the past four years with Rosengard.

"I'm so excited to join the club. It's a great football team, with a deep squad," she said.

After making her senior England debut in 2004, Asante went on to make 70 appearances for the Lionesses but has not played for the national team since March 2014.

"She is a wonderful technical player who I've worked with before. She'll bring great quality and character to the squad," manager Emma Hayes said.

Asante was also part of the Arsenal team that made history by being the first team outside Germany or Scandinavia to win the UEFA Women's Cup.