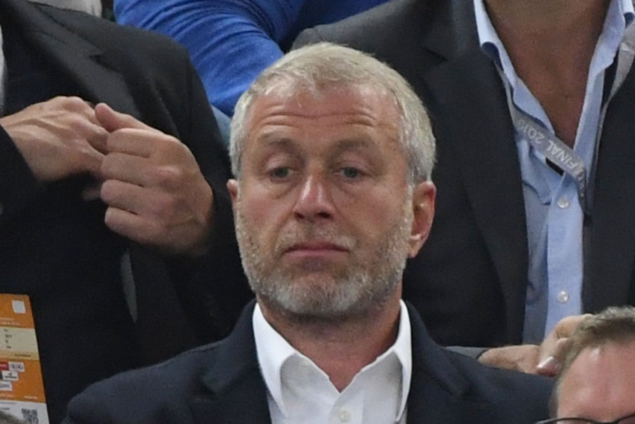 Chelsea Football Club’s Russian billionaire owner Roman Abramovich has been banned from living in Britain ever again, according to reports on Thursday.

This comes after Russia’s full scale invasion of the Ukraine was also confirmed on Thursday.

Abramovich, 55, has not been to Stamford Bridge – the home stadium of Chelsea – for several months.

Abramovich had applied for a British Tier 1 investor visa in 2018 but swiftly withdrew his application after he was found to have links with the Russian government.

The Daily Mail reports that Abramovich has business connections to Russian President Vladimir Putin. He has denied the allegation.

However, in 2018, Abramovich found a loophole in the system as he became an Israeli citizen which allowed him to remain in Britain for up to six months at a time.

While there is no accurate figure of Abramovich’s net worth, it is believed to be over £8.4 billion (R172 billion).

UK foreign secretary Liz Truss told the Daily Mail that Abramovich was not being targeted but vowed individuals connected with the Russian government would face sanctions.

Roman Abramovich – described as having a "father and son" relationship with Vladimir Putin – has amassed a British property empire worth £200 million.

Not a penny of that is being touched by Boris Johnson's announced sanctions.

“We have a long list of those complicit in the actions of the Russian leadership,” said Truss.

“Should Russia refuse to pull back its troops, we can keep turning up the heat, targeting more banks, elites and companies of significance.

“This is about inflicting pain on Putin and degrading the Russian economic system over time, targeting people that are close to Putin. What we have to do is make it as painful as possible.”

Abramovich is the owner of private investment company Millhouse LLC, and became the owner of Chelsea in June 2003. With a massive cash injection from Abramovich, the club transformed into a giant on the world football stage.

Since Abramovich arrived at Chelsea, the club has won 18 major trophies including the European Champions League twice, the English Premier League five times and has won the FA Cup on five occasions.