Chiefs are reducing the roles of queenmothers - Asantehene - MyJoyOnline.com

Chiefs are reducing the roles of queenmothers – Asantehene 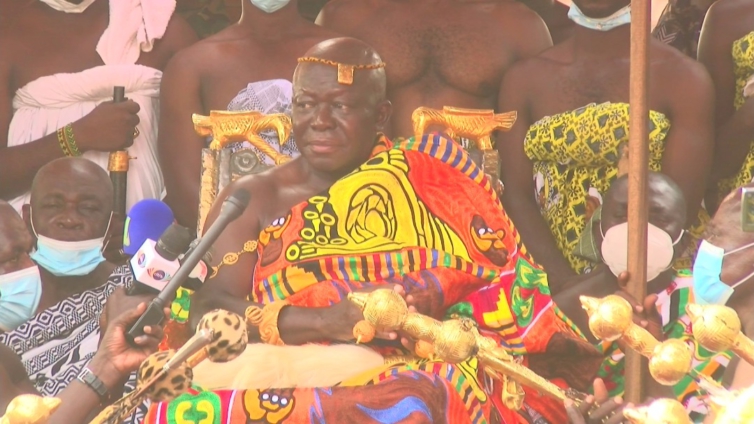 Asantehene, Otumfuo Osei Tutu the second, says he has noticed the troubling trend of chiefs diminishing the functions of queen mothers by reducing their resources.

Despite the fact that queenmothers typically enstool chiefs, they are frequently consigned to the background in the palace.

The Asantehene, speaking at an event to commemorate the fifth anniversary of the enstoolment of Asantehemaa, Nana Konadu Yiadom, said reversing this trend will assist to close the gender gap and empower women in positions of power.

The grand durbar at the Manhyia Palace was attended by government officials, members of the diplomatic corps, captains of industry and other well-wishers.

Otumfuo Osei Tutu said restoring the dignity of queenmothers is an important step towards gender equality.

On his part, Vice President, Dr. Mahamudu Bawumia said he is optimistic that a partnership between the Ministry of Gender, Children and Social Protection and queenmothers will help promote gender equality.

“The establishment of the Ministry of Gender, Children and Social Protection was an important step in recognizing the social issues of women and the youth and they cannot therefore be left alone. Population growth and urbanization were making these issues more and more challenging”.

He added, “It would be up to the new ministry and its agencies to find out how they can work with our traditional systems to help tackle these social protection challenges that affect children and women”.

“As modern queen mothers, they understand that we must close the gender gap and ensure women attain their full potential to contribute to national development. It is therefore important that we all provide both moral and material support to our queen mothers so they continue to positively impact our community”, she emphasized.

Chief of Staff, Akosua Fremah Osei Opare, used the platform to urge women to capitalize on their numbers to drive development.

Meanwhile, the display of culture was at its peak at the Manhyia Palace during the ceremony.