CHRAJ calls on the citizenry to put an end to child labour - MyJoyOnline.com 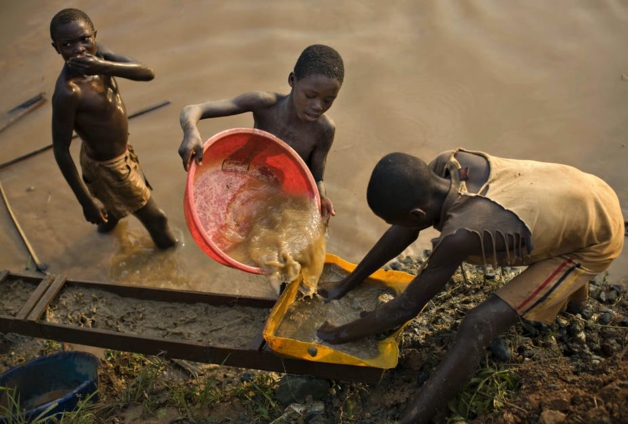 Tema Regional Director of the Commission on Human Rights and Administrative Justice (CHRAJ), Ms Fatimata Mahami, has reiterated calls for the citizenry to put an end to child labour and allow the youth to enjoy their growth.

She said UNICEF data indicate that of all children in Ghana aged five to 17 years, about 21 per cent are involved in child labour and 14 per cent were engaged in hazardous forms of labour.

This was twice as common in rural areas.

“For poorer households, child labour is a negative coping mechanism and most of the children are involved in agriculture and fishing industries.

“In all regions, the vast majority of working children are unpaid family workers between the ages of five and 7 years,” Madam Mahami stated during the launch of this year’s World Day Against Child Labour in Tema.

The World Day Against Child Labour is this year being celebrated on the theme: “Universal Social Protection to End Child Labour.”

The launch was done at the Ghana News Agency, Tema Industrial News Hub as the Tema Regional Secretariat of CHRAJ was collaborating with the Agency to sensitise the public on the menace of child labour.

Madam Mahami explained that available data identified elements that could impede the prevention of child labour as social norms that considered it acceptable for children to work.

These social norms also sought to promote the view that many adolescent children should be treated as adults, while poorly enforced legislation and policies to prohibit child labour are impeding the work of advocates against child labour.

The CHRAJ Tema Regional Director also expressed concern about insufficient allocation of resources for the prevention of and response to child labour, inadequate services to support working children or prevent child labour and family reliance on income generated by children due to extreme poverty.

Mr John Ato Brebor, Senior Principal Investigator at CHRAJ contributing to the discussion said the government needed to review the social protection policy that would alleviate poverty and encourage long-term human capital development since the major cause of child labour was poverty.

Mr Francis Ameyibor, Ghana News Agency Tema Regional Manager, appealed to the media not to relent in the advocacy to spread awareness against the harmful effect of child labour.

He urged the media to upscale advocacy for more stringent laws and their effective implementation and play a leading role in the campaign to send more children to school.