Chrissy Teigen says Kim Kardashian 'gave her all' to her marriage with Kanye West - MyJoyOnline.com 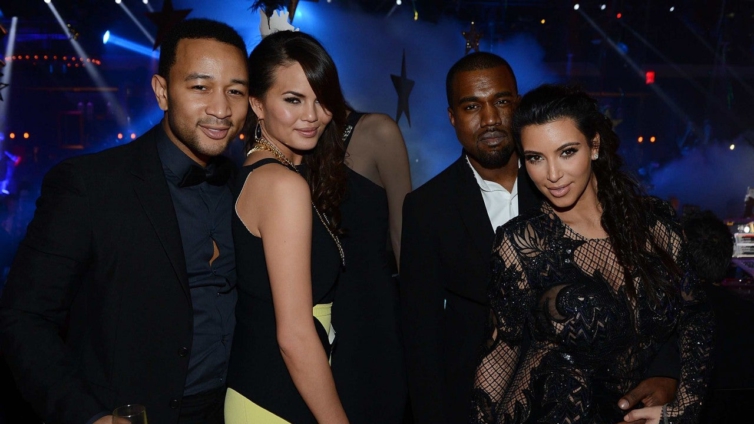 Chrissy Teigen is opening up about pal Kim Kardashian‘s split from Kanye West. Teigen answered fans’ questions about the couple on Tuesday’s Watch What Happens Live With Andy Cohen, and said that Kardashian really “gave her all” to the relationship.

Teigen and Legend were once seemingly very close with Kardashian and West, though the musicians engaged in several public disagreements over politics. Legend spoke out against West’s support of former president Donald Trump in 2018, but they had been amicable since then.

“I know Kim gave her all, gave her everything and it’s honestly a shame that it didn’t work out, because I saw them being a forever relationship, I really did,” Teigen added on Tuesday of the pair’s marriage. “But I know she tried her best.”

Kardashian filed for divorce on Feb. 19, and last week, ET confirmed the rapper filed his response. The two asked for joint legal and physical custody of their four kids — North, 7, Saint, 5, Chicago, 3, and Psalm, 1.

West also asked to terminate the court’s ability to award spousal support and attorney’s fees to either party. While Kardashian had referred to their prenup in her filing, West said separate property is TBD according to proof at time of trial or settlement.

Meanwhile, a source told ET over the weekend that the 40-year-old Keeping Up With the Kardashians star “has been doing her best to surround herself with her family and good friends, be social, go out and, of course, take care of her children.”

“She is focused on making sure her kids are taken care of and protected,” the source noted, adding, “But she is definitely still getting used to her new norm.”