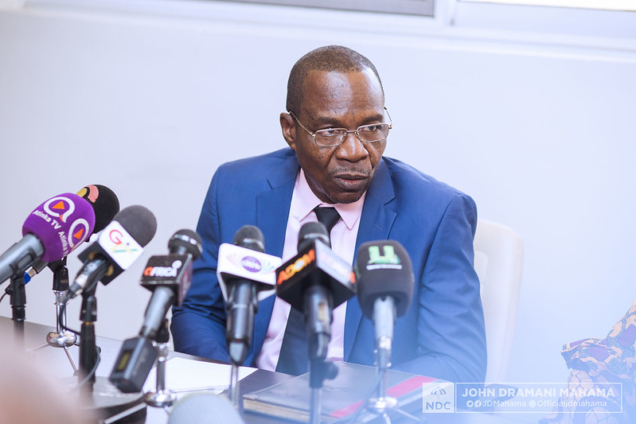 President of the Ghana Journalists’ Association (GJA), says filming at the National Security premises by Citi FM journalist, Caleb Kudah was in breach of the Association’s Code of Ethics.

Speaking on Joy FM Wednesday, Roland Affail Monney indicated that the journalist in question, accessed information through a means which flies in the face of Article 13 of the GJA Code of Ethics.

Although reports say Caleb Kudah’s action was in the public interest, the GJA President opined that his efforts were unclear.

“Caleb erred, as far as our ethics is concerned. He clearly breached the ethics relative to Article 13 of our own Code of Ethics which specifies that journalists should take pictures through fair, straight forward and honest means unless tampered by national interest.

“His interest here is not so clear. From the face of it, we believe he erred.” the GJA President said.

In addition, Mr Monney explained to Emefa Apawu that the actions of Mr Kudah flout the law of the land which bans video coverage of security installations.

“Caleb shouldn’t have filmed without permission and Caleb should have realized that place is a security zone and in every security zone, the security laws apply. It is a no-go area as far as photography is concerned and his violation of that regulation might have triggered the overreaction from the security operatives,” he stated.

He, however, used the platform to condemn the brute force used by the personnel of the National Security operatives to pick up Zoe Abu-Baidoo at the premises of Citi FM at Adabraka.

“Even though he erred, the disproportionate use of force and intimidation does not justify the offense committed by Kudah.”

Mr Affail Monney also sympathised with the affected journalists for the traumatic experience they may have encountered at the hands of the operatives.

“Let me express our solicitude and fullest solidarity with Caleb and Zoe for their hellish experience. If any member of the journalism fraternity is cut, we will bleed. So we are also bleeding over the traumatic experience yesterday,” he said.

According to sources, the operatives stormed the premises of the Adabraka-based radio station to whisk away Zoe Abu-Baidoo after picking up Caleb Kudah.

The two were later released after interrogation.