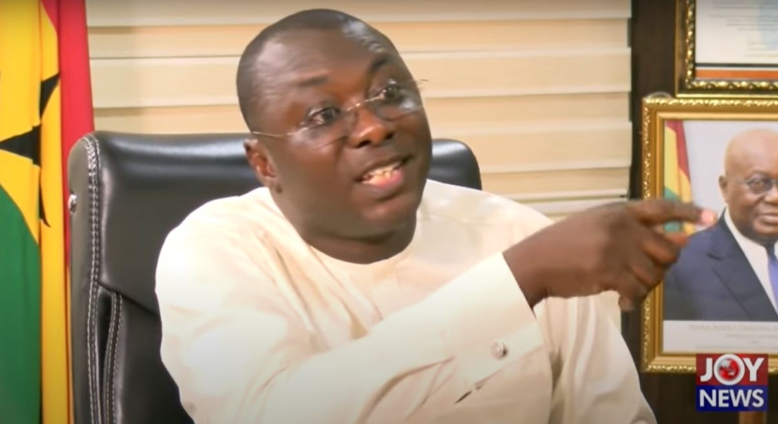 The government has rejected accusations that the state oil company, Ghana National Petroleum Company (GNPC) has caused financial loss to the state to the tune of $1.5 billion.

Civil Society Groups, IMANI Africa and Africa Center for Energy Policy (ACEP) had alleged that Ghana buys gas for 95.8 million dollars and sells to Genser for 43.5 million dollars accounting for a $1.5 billion financial loss to the state.

Parliament’s Mines and Energy Committee on Tuesday interrogated the management of GNPC and the Ministry of Energy over the said gas supply deal with Genser Energy which IMANI Africa and ACEP have criticised.

“I think that it is important we understand the deal. Some of the headlines you read are not factual and they do not help. When you have done a so-called independent analysis you need to put it against the fact and the only way you can get the fact is to talk to the institutions involved otherwise it can be misleading and the people will form an opinion on a misleading statement and this is why I am very happy that Parliament has shown interest in this,” the Minister told the media.

He argued that the claim by the CSOs cannot be factual stressing that GNPC is ready to open its books to any individual concerning the agreement.

However, Minority Spokesperson on the Mines and Energy Committee, John Jinapor said it is too early for the government to seek to clear GNPC of any wrongdoing.

“It is too early for the Minister to draw such conclusions when we have serious issues, especially with capacity charges, with payments that we are making when we are not consuming all the pipeline charges and we are well aware that Genser wanted to construct a 12inch pipeline but Ghana Gas decided that they should rather construct a 20inch pipeline…it is work in progress and we shall continue to deal with this matter,” he told the media.

John Jinapor believes that there are some “institutional overlaps” and “turf war” between the various entities in the agreement.

He said Ghana Gas has also been invited for interrogation while the Committee also expects GNPC to provide it with information such as the financial analysis of the agreement and other matters it failed to answer during the meeting on Tuesday.

Meanwhile, Chairman of the Committee Samuel Atta Akyea explained that the CSOs after their research ought to have confronted GNPC with their findings for the company to accordingly respond.

He said the Committee will conclude on the matter after its meeting with Ghana Gas on Monday, October 3.

“I was thinking that before IMANI and ACEP will put out into the public domain matters of this consequence, they should have made those matters referable to GNPC and then they will incorporate the GNPC’s side of the story into the report, they did not do that. So for me, it is too adversarial for comfort,” he noted.

DISCLAIMER: The Views, Comments, Opinions, Contributions and Statements made by Readers and Contributors on this platform do not necessarily represent the views or policy of Multimedia Group Limited.
Tags:
ACEP
Genser deal
GNPC
IMANI Africa
Mohammed Amin