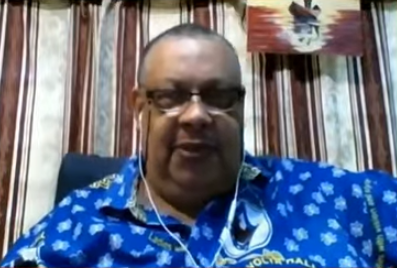 The Founding Director, Institute for Environment and Sanitation Studies, University of Ghana has called on the government to immediately address the issues with climate change in the country.

Professor Chris Gordon said climate change is widening the gap between the rich and poor in society.

A situation he maintained can make most people unhappy, as it has in other parts of the world.

As a result, the professor wants climate change to be seen as a social issue.

The professor made this known on Joy FM’s Super Morning Show with Kojo Yankson on Monday, May 23.

“So climate change is going to increase the gap between the rich and the poor and the quality of their lives and that is not fair. That is not equitable. So we shouldn’t see climate change just as an environmental issue but also a social issue which can drive nations to a point where the people are so unhappy about the current situation as has happened in several other countries in the world.”

He was speaking in relation to last Saturday’s downpour.

Following hours of rain, parts of Accra and other urban centres in the Greater Accra Region, including North Kaneshie, Kwame Nkrumah Circle, and Kasoa in the Central Region were flooded.

This led to some destruction of homes and other properties of some Ghanaians.

The issue also affected the free flow of traffic on some major roads in the capital.

DISCLAIMER: The Views, Comments, Opinions, Contributions and Statements made by Readers and Contributors on this platform do not necessarily represent the views or policy of Multimedia Group Limited.
Tags:
Climate change
Gordon