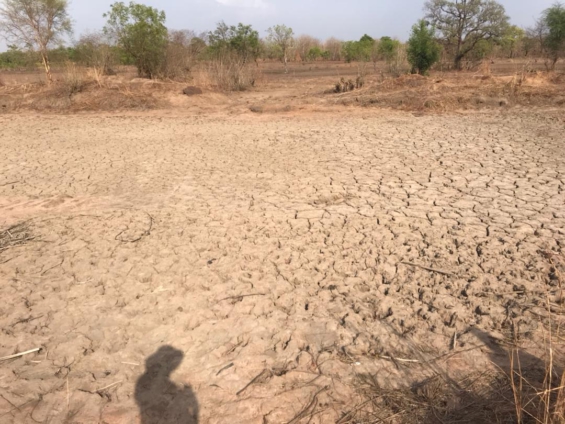 Heavily pregnant Fuseni Fatima carries four gallons on her head and walks more than 20 minutes to get water in Zoggu in Savelugu District of the Northern Region.

Covering this distance has been her daily routine for months, even in her condition. She had managed to fetch only a gallon of water as at 3 pm on that fateful day.

“I am pregnant, but since morning, I have fetched only one gallon of water.” Fatima would always have to beg those at the water-pump area to be allowed to fetch because of her condition.

Children are not spared this ordeal.

Ten-year-old Saiba Ayishatu and her friends would ride bicycles for close to an hour from Kukuo to get water from the neighbouring Zoggu community.

They will join long queues at the only water-pump in the next community to go and fetch water before they go to school.

“…but before we get the water, the sun will already be up and as a result, we are always late for school.”

Access to water is a major challenge to five communities in the catchment area. The only natural source of water in the area have dried out, as a result of the impact of climate change.

Four different water-pumps dotted around the community are not operational.

Resting on a scaffold is a water-tank right in the middle of the Zoggu community meant to supply water to residents.

The idle water-tank is connected to a solar-mechanised well drilled in 1999. The well was, however, constructed by international NGO – World Vision – for the community in 2015.

But water does not flow through the pump anymore because some of the panels are damaged.

Community leader at Zoggu, Adam Tahiru, says the community is unable to fix it because they don’t have the needed funds.

Water has therefore stopped flowing through the tanks since the beginning of the year.

The water dam is now a bare land due to the dry spell. Like pieces of pie, what is left is a large tract of soil with cracks.

This area was supposed to be the only natural source of water for five communities – Jagun, Kukuo, Tihoo, Senjego and Zoggu,- who relied on it for vegetable production and other activities.

Nurudeen, a resident that used to fish here explains the water drying out happens every year.

“…immediately the rains stop, it dries out.”

Residents in these communities are predominantly farmers and depended on this source of water to cultivate their farms.

The farmers are currently unable to cultivate vegetables because there is no water for irrigation.

“Because of this, we are unable to cultivate vegetables. We want this dam mechanized, to able to hold water for a longer time without drying up,” Nurudeen said.

For farmers, because the rains are yet to come, they are in the stages of preparing their land for the rains and next farming season.

So for people like Mr Tahiru, they would have resort to other means to fend for their family and survive.

‘…as at now, there is no water here so we are unable to cultivate vegetables. Unless we go to the bush, cut trees and sell the firewood. We need water here”.

Mr Tahiru says a good number of its youth are migrating down south for greener pastures.

“our youth are leaving for the South to engage in menial jobs and becoming head potters. If the dam had water and was made bigger, we could produce vegetables for them to trade and stay back”.

Mitigating the impacts of climate change remains critical to secure the livelihoods of the people here.

Else the woes of Ayishatu and Fuseni for instance will continue for a long time before the water problem is fixed.

DISCLAIMER: The Views, Comments, Opinions, Contributions and Statements made by Readers and Contributors on this platform do not necessarily represent the views or policy of Multimedia Group Limited.
Tags:
Climate change
Farming
Migration
Savelugu district
Water crisis
water supply
zoggu