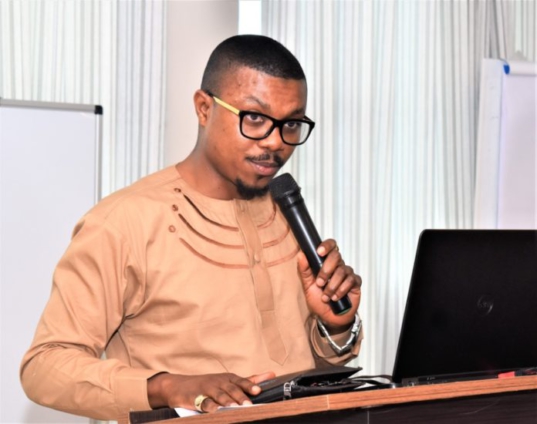 The immediate past Director-General of NaCCA and Vice Chairman of the Education Committee of Parliament says the Common Core programme, which is the second leg of government’s curriculum reform, will transform every sector of Ghana’s economy when it is implemented.

Dr Prince Hamid Armah, who is also the Kwesimintsim MP insists no country has developed with natural resources without a well educated and skilled workforce and if Ghana wants to join the league of developed nations it has to do what developed nations do.

“A plethora of studies have shown that a well-educated and skilled workforce is indispensable for economic transformation and shared growth. The school curriculum plays a particularly important role in this regard.

“If you are what you read, you are even more so what you study. The learning experiences we offer our children accounts in large part for what they eventually become,” he wrote in a published article.

His comment is to underscore the importance of the Common Core Programme which is expected to be implemented next year.

Even before its implementation, critics have raised issues about the reform with some questioning its relevance.

But Dr Prince Armah. who was pivotal in putting together the curriculum during his tenure as Director General of the National Council for Curriculum and Assessment (NaCCA), says the Common Core Programme is a reform whose time has come, if not long overdue.

“Unfortunately, our [old] curriculum appears to have long failed to keep up with the changing times and demands of the moment. For far too long, we had remained tethered to the colonial ideal of producing graduates who are little more than pliant paper pushers.

“Over the last three decades, our educational system and the school curriculum and assessment in particular, appear to have done little to encourage or foster the kind of curiosity that leads to world-changing innovation. The results of this have been evident for long.

“In global tests that assess application of knowledge and reasoning, even our best students struggle. Something about our education has been holding our students back and stifling their ability to lead world-beating innovations, life-changing discoveries and wealth-creating ideas,” he stated.

Citing a number of assessment programmes, including the 2016 National Education Assessment, Dr Armah said the old curriculum has proven to be an out-of-service Bedford-like model being oiled for a long bumpy journey with a disastrous outcome.

In that study, “more than seventy percent of students struggled to achieve basic competencies in English and mathematics. Similar discernible patterns were observed at the early grade level where less than five percent could read with comprehension as reported in the EGRA/EGMA studies.

“Earlier on, the Trends in International Mathematics and Science Study assessments consistently ranked Ghana at the bottom of the global table in Science and Maths. Attempts to uncover the underlying cause of this phenomena produced common findings that included curriculum overload and lack of performance standards to guide teaching and learning,” he quoted.

Dr Prince Armah said government, having been confronted with these chilling figures, would have reneged on its responsibility if it had failed to take action.

He said the new curriculum is part of “comprehensive school reform agenda” which has the teacher at the center of it, efficient school management system, accountability, and improved education service delivery.

“It is essential that students who have been exposed to the standards-based curriculum at the primary level, transition to a curriculum system that complements the new curriculum in its purpose and characteristics. Otherwise, we risk compromising the gains that we would have made in fostering real world skills of the young ones,” he stated.

For a perfect implementation of the reform, Dr Armah is proposing two different assessment patterns, one for placement into SHS and the other to assess the core competences of the students.

“With the common core programme supported with instructional resources and a highly motivated teacher workforce, we anticipate to have within a generation, a critical mass of innovators, critical thinkers and leaders who are at par with the best from anywhere in the world and can hold their own in the competitive global arena,” he concluded.