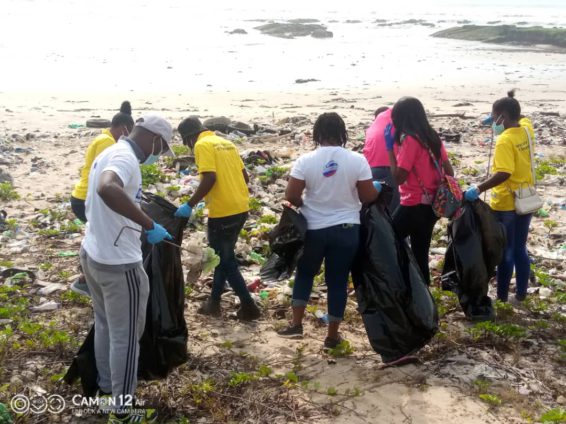 The Chairman for Coastal Conservancy Organisation, Justice Eshun is calling on coastal Communities to embark on regular cleanup exercises along the beaches.

He said that the current state of beaches in the country is not encouraging even though there had been a rampant call on keeping beaches clean.

He stressed on the fact that plastics are all over and more are still been washed ashore, and thus the prevention of land, beaches and the ocean from plastics is not up to scratch.

He advised that cleaning of beaches should not be a yearly event but will be appropriate for industry players to dedicate a weekend for cleanup exercise along the beach.

“If this advice is adhered to, beaches and coastal Communities would always look clean,”
he said.

Chairman for Coastal Conservancy Organisation, Justice Eshun said this when Unilever organised a cleanup exercise at the Ghana Maritime University.

Head of Cooperate Communication and Sustainability Lead at Unilever, Henry Malm, said that December is a plastic-free month under the Unilever sustainability projects.

He said that this “project tells who the company is and what they want the world to know about them. By so doing they are getting involved in the climate action.”

Mr Malm stated that as far as plastics are concerned, the institution wants to help fight plastic waste.

“We want to help to recycle plastics and also collecting and processing more plastic waste than they sell by 2025 to help to improve the health of the climate.”

“It is of this reason why Unilever stepped out to get involved in a cleanup exercise at the Maritime University beachfront,” Mr Malm said.

He said that the team was not able to tackle all the refuse around and it shows the challenge ahead but the team is poised to visit the place again as many times as possible to help improve the health of the climate.