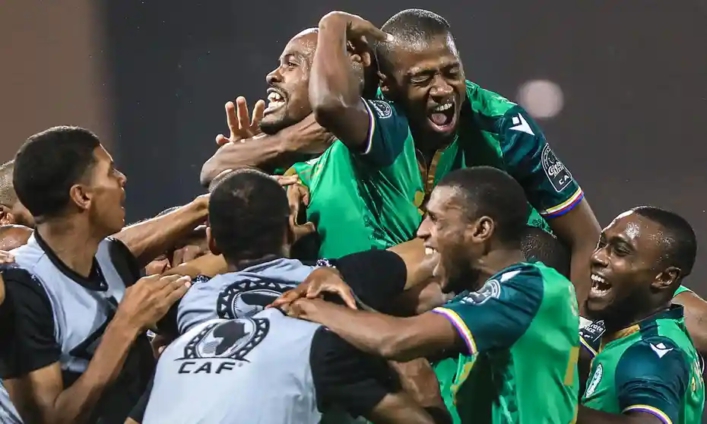 The president of the Comoros Football Association has claimed that members of the country’s team “cheated” by playing at last year’s Africa Cup of Nations after testing positive for Covid.

Comoros defied expectations at their first Afcon finals by reaching the last 16 after eliminating Ghana thanks to a thrilling 3-2 victory in their final group match. The team were forced to field an outfield player in goal for their knockout tie against Cameroon after 11 squad members tested positive for Covid, but president Said All Said Athouman has said some of them had also shown positive results before the meeting with the Black Stars but played regardless.

Speaking at his wedding ceremony in Moroni at the start of January, where the Cameroon FA (Fecafoot) president, Samuel Eto’o, was a guest, Athouman was attempting to show support for the former Barcelona forward after accusations that Cameroon, the Afcon hosts, had used Covid-19 tests to weaken prospective opponents. Eto’o previously dismissed such suggestions, pointing out the testing was conducted by the Confederation for African Football (Caf).

“We also cheated against Ghana so it’s time to stop this useless polemic about my friend Eto’o,” said Athouman in a speech that has been posted on Facebook and widely shared. “Let’s stop whining and move on. Contrary to what is said, and I do not want to go into details, we accused the Caf and Fecafoot. Against Ghana, I say it and repeat it, we had positive cases of Covid but we still managed to get them to play.”

Asked to clarify his comments, Athouman told the Guardian: “When our players tested positive against Ghana they repeated tests which were negative and other medical examinations which allowed them to play. In fact I am embarrassed and saddened to see that Eto’o and the Cameroonians are unjustly accused. Maybe some have misinterpreted what I said, but I can’t let people unfairly accuse football players because it can happen to me too.”

A spokesperson from Caf said: “PCR tests at Afcon were done by an independent company from Switzerland. Results were sent to a doctor – a Caf Covid officer – and this person worked with the teams to ensure that only players who test negative and comply with Caf Covid protocols play. Only Caf tests were considered.”

The defender Chaker Alhadhur started in goal as Comoros were beaten 2-1 by Cameroon in the last-16 after 11 of the squad had been ruled out by positive Covid tests.

“The rules of the game are known to everyone before the competition started and I really wish, humbly, that my country is respected,” said Eto’o at the time. “It is not fair to insinuate things, to accuse the Cameroonian government, to accuse myself.”

DISCLAIMER: The Views, Comments, Opinions, Contributions and Statements made by Readers and Contributors on this platform do not necessarily represent the views or policy of Multimedia Group Limited.
Tags:
AFCON 2021
Comoros
Covid-19 test
Ghana