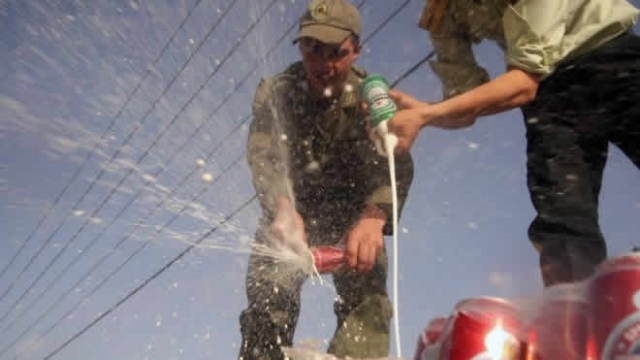 At least 42 people have died after drinking contaminated bootleg alcohol in Iran, a government spokesman said.

In the past three weeks, at least 460 people across five provinces have been hospitalised, with the youngest victim a 19-year-old woman.

Alcohol is illegal in Iran but bootleg booze is widespread.

However, ethanol is sometimes reportedly replaced with toxic methanol in the contaminated drink.

BBC Persian's Rana Rahimpour says it is not unusual for tainted alcohol to cause injuries or deaths in Iran, but what is surprising is the significant numbers of deaths and the spread of the problem to a number of provinces.

Analysts spoken to by the BBC's Persian service believe the economic impact of the US pulling out of the Iran nuclear deal may be playing a part.

With the collapse in the value of the Iranian currency against the dollar, people may be turning to cheap, homemade alcohol over expensive foreign imports.

Iranian anti-drugs officials believe that every year 80 million litres of alcohol worth $730 million (£559m) is smuggled into Iran.

Iranian Muslims have been barred from drinking alcohol since the country's revolution in 1979.

Article 265 of Iran's Islamic penal code states that the punishment for consumption of alcohol by a Muslim is 80 lashes.

There is, however, an exemption for non-Muslim citizens to produce alcohol for their own consumption or for religious purposes, like the Eucharist.