Contractor to commence redevelopment of La General Hospital in March 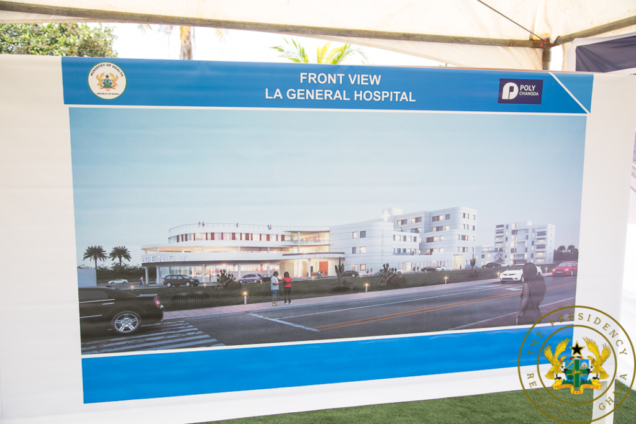 The redevelopment of the La General Hospital following its demolition is set to take place in March this year.

In July 2020, the edifice was demolished following an assessment led by CSENG Consult, a reputable Civil and Structural Engineering firm in Accra after the hospital’s administration in 2015 reported serious structural problems.

This is after the government in 2019 received and accepted a proposal from Poly Changda of China to redevelop the facility into a 164-bed hospital with the necessary support services.

Government’s efforts hit a snag when, Sinosure, the Chinese Company mandated to insure the loan started conducting their own due diligence on the project.

This process took over two years. It took several diplomatic interventions before the process was finally concluded. On October 20, 2021, Sinosure gave the green light for insuring the loan.

Residents within the area have bemoaned the delay in the rehabilitation of the facility, noting that its absence has resulted in several deaths.

On the matter, Ranking Member on Parliament’s Health Committee, Mintah Akandoh, opined that the funds allocated for the redevelopment project have been misapplied.

But in an update, government has noted that the VFM negotiations on La which commenced somewhere in November last year have been concluded.

Therefore, the contractor will move to the site while awaiting the Consultant’s final report.

The La General Hospital built in the 1960s was ranked the second-largest facility after the Greater Accra Regional hospital in its catchment area and served a population of more than 150,000 persons.

The Hospital which was initially built as a Polyclinic underwent several renovations and also saw a lot of expansions to cater for the ever-growing patient numbers. The most prominent expansion was the construction of the 5-storey multi-purpose hospital block, which was built in the 1990s.

The La General Hospital occupies a total land area of 5acres and operated from 5 different structures which were not linked directly by any covered walkways.

This situation broke the functional flow required in a modern hospital for proper patient care.

The video below is an update on the redevelopment of the La General Hospital.

DISCLAIMER: The Views, Comments, Opinions, Contributions and Statements made by Readers and Contributors on this platform do not necessarily represent the views or policy of Multimedia Group Limited.
Tags:
La General Hospital