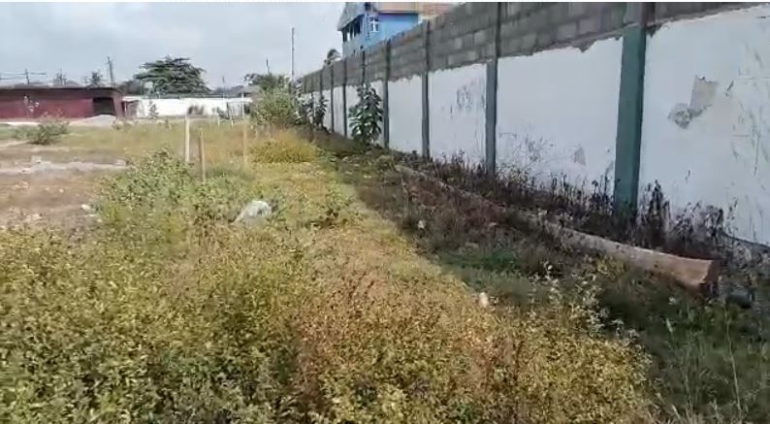 There were wailing scenes on Friday by some aggrieved constituents and the Member of Parliament for La Dadekotopon, Rita Naa Odoley Sowah, at the abandoned La General Hospital.

The facility was demolished by the government to make way for the planned rehabilitation to improve healthcare delivery in the area.

It served patients from Osu, La, Teshie and other areas along the coastal corridor of Accra.

In August 2020, President Akufo-Addo cut sod for the said redevelopment to make the hospital fit for purpose as integrity assessment revealed some cracks and weaknesses.

This redevelopment project was to be financed by a credit facility from Standard Chartered Bank of the United Kingdom, with an export credit guarantee from China’s Sinosure worth about €68 million with an insurance cover of €3.8 million.

But two years on, the land is still bare, filled with weeds while the beautiful artiste impression is yet to see the light of day.

After it was razed down, the people of La have blamed the absence of a proper health facility in the area for what they describe as needless deaths.

A resident, Rev Adjei, described as evil the move to demolish and abandon the project.

“We’re crowded in a small area inside Labadi called Latenu Radio station area. When you go there, the deplorable state in which the pace is, and the pain and agony which people are passing through to access healthcare, it’s terrible. And people are happy about it,” he said.

However, Ranking Member on Parliament’s Health Committee, Mintah Akandoh, believes the funds allocated for the redevelopment project have been misapplied.

“A facility which cost about €68 million and you have only one trip of sand and gravel on the site?… From all indications, work is not going to commence any moment from now,” he told journalists during a tour of the site.

He insists this is the reason why government has failed to erect the ultramodern hospital as announced two years ago.

The MP wants the Health Minister and President to admit that they have been incompetent in this regard.