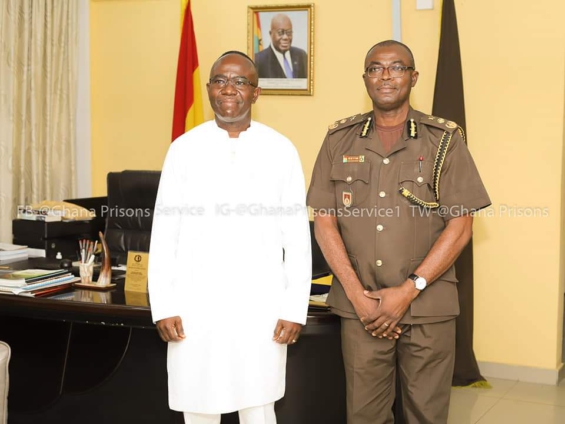 The meeting was to deepen the cordial relations between the two institutions and deliberate on some operational issues.

Speaking during the visit at the Prisons Headquarters in Accra on Friday, the Acting DGP expressed his gratitude to the Controller and Accountant General for their immense support over the years and pledged his administration’s support to expedite the processing of welfare benefits for officers.

Financial Controller of the Prisons Service, Assistant Director of Prisons, Brandford Gilbert Hama, also mentioned some challenges associated with processing retirement benefits for officers who go on voluntary retirement and the processing of pensions gratuity for retired officers.

He implored the Controller General and Accountant Department to expedite the processes, especially for surviving dependents of deceased officers.

Mr Kwaning-Bosompem thanked Mr Isaac Egyir and his administration for the warm reception.

He pledged his maximum support on payroll and welfare issues of officers and dependents of deceased officers.

Adding that full pension benefits could, however, be enjoyed at the retirement age of 60.