'We feel disrespected about the way our allowances are paid' - Magistrates and Judges - MyJoyOnline.com 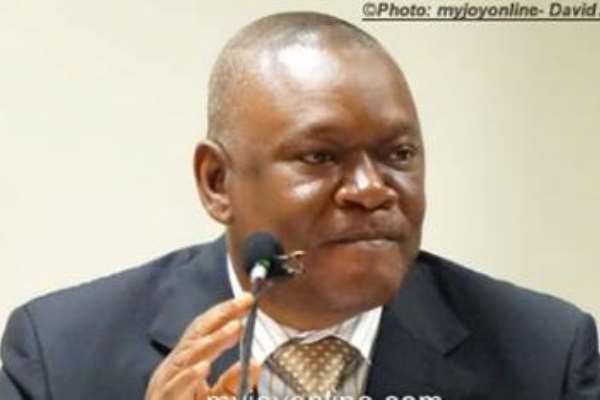 The president of the Association of Magistrates and Judges of Ghana, Justice Senyo Dzamefe, has decried the manner in which their allowances are being paid.

He said the piecemeal approach in dealing with their allowances leaves much to be desired.

Justice Dzamefe, therefore, called on government to better their conditions of service as the current state of affairs is nothing to write home about.

Speaking at the opening ceremony of the Annual General Meeting of the Association in Accra on Wednesday, Justice Dzamefe said it has now become an annual battle to get the allowances paid.

He said they are particularly concerned about the delays in payment of their allowances, a situation they described as sad.

Citing fuel allowances as an example, Justice Dzamefe said, “as of September 2021, we still have not received any fuel allowance for the year.

“It is so frustrating, to say the least; without mincing words, we are so frustrated. We feel disrespected about the way our allowances are paid. As if it is a favour being done us,” Mr Dzamefe complained.

He expressed disquiet about the fact that for many years, fuel allowances are always paid in arrears, “it has always been a refund.

“As usual, we use our own money from our taxed salaries to buy fuel, this is later refunded after so many months and taxed as if it was paid upfront. In effect, we pay double taxes for fuel. Tax on salaries and ex-pump taxes,” he stated

The Chief Justice, Justice Anin-Yeboah who was present at the ceremony, acknowledged the challenging circumstances under which members work but urged them to try and win the trust of the public, “we have serious constraints as an institution. In a population of over 30 million, we have less than 404 Judges and Magistrates administering justice in a litigious society like Ghana.

The courts of justice may not easily be accessible to the poor or the legally aided litigant. However, we have to do our best within the limited logistics constraints to serve the justice needs of our compatriots.

For example, from central Accra to Nsawam, there is not a single court on that stretch until Amasaman. This should not happen in any civilized society. The same situation is true for Kumasi. From Kumasi central to Obuasi, there is no court on the way and that is a distance of about 36 miles.

The Chief Justice said, these constraints notwithstanding, members of the judiciary need to adjust to them in the hope that government will apply more resources to provide court infrastructure to support justice delivery in the country.

He used the occasion to applaud the Executive and the Legislature for the construction of new courts under the District Assembly common Fund, “the judiciary is now to receive over a hundred courts throughout the country within the next year, “Justice Anin-Yeboah announced.