COP26: How the Glasgow conversation ended 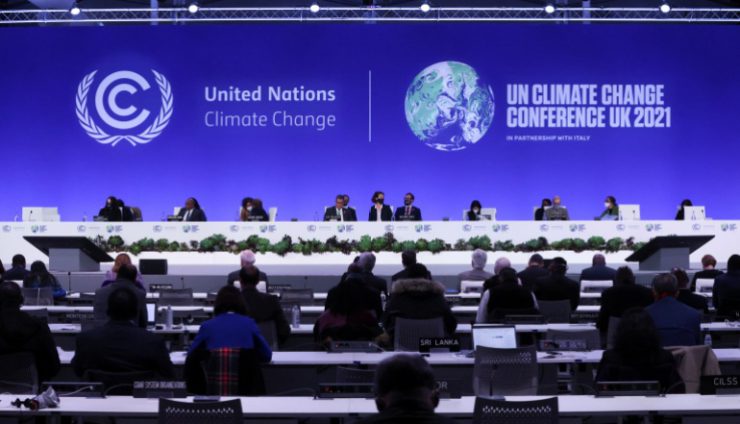 A wide-ranging set of decisions, resolutions, and statements constituted the outcome of the recent COP26, which ended in Glasgow.

It was attended by close to 30,000 climate change negotiators and activists in Scotland, United Kingdom.

The fruit of intense negotiations over the past two weeks, coupled with strenuous formal and informal work over many months and constant engagement both in-person and virtually for nearly two years came to a close, a day after their scheduled conclusion.

The package at the end of the global conference “is a global compromise that reflects a delicate balance between the interests and aspirations of nearly the 200 Parties to the core instruments on the international regime that governs global efforts against climate change.”

The Conversations spanned from October 31 to the night of November 13, 2021.

The COP 26, held under the UK Presidency, and with the support of the UNFCCC Secretariat, afforded delegates the opportunity to forge agreements that strengthen ambition in the three pillars of collective climate action.

According to the statement, the issue of Adaptation was the object of particular emphasis during the deliberations while the Parties established a work programme to define the global goal on adaptation, which would identify collective needs and solutions to the climate crisis already affecting many countries.

It said the Santiago Network was further strengthened by elaborating its functions in support of countries to address and manage loss and damage.

The CMA on the other hand approved the two registries for Nationally Determined Contributions (NDCs) and Adaptation Communications, which serve as channels for information flowing towards the Global Stocktake that was to take place every five years starting in 2023.

Also, Finance was extensively discussed throughout the session and there was consensus in the need to continue increasing support to developing countries.

“The call to at least double finance for adaptation was welcomed by the Parties. The duty to fulfill the pledge of providing 100 billion dollars annually from developed to developing countries was also reaffirmed. And a process to define the new global goal on finance was launched.”

On mitigation, the persistent gap in emissions was been clearly identified and Parties collectively agreed to work to reduce that gap and to ensure that the world continues to advance during the present decade, so that the rise in the average temperature is limited to 1.5 degrees.

Parties were encouraged to strengthen their emissions reductions and to align their national climate action pledges with the Paris Agreement.

In addition, a key outcome was the conclusion of the so-called Paris rulebook. An agreement was reached on the fundamental norms related to Article six on carbon markets, which will make the Paris Agreement fully operational.

“This will give certainty and predictability to both market and non-market approaches in support of mitigation as well as adaptation. And the negotiations on the Enhanced Transparency Framework were also concluded, providing for agreed tables and formats to account and report for targets and emissions.

Ms Patricia Espinosa, Executive Secretary of UN Climate Change, thanked the UK Presidency and all Ministers for their tireless efforts throughout the conference and congratulated all Parties on finalizing the rulebook.
“This is an excellent achievement! It means that the Paris Agreement can now function fully for the benefit of all, now and in the future.”

Mr Alok Sharma, UK President of COP26, said: “We can now say with credibility that we have kept 1.5 degrees alive. But, its pulse is weak and it will only survive if we keep our promises and translate commitments into rapid action. I am grateful to the UNFCCC for working with us to deliver a successful COP26.”

Meanwhile, the Heads of State and Government and the delegates who participated in COP26 brought to the conference a keen awareness of the severity of the climate crisis that the world faces and of the need to live up to the historic responsibility of setting the world on the path to address this existential challenge.

Participants left Glasgow with clarity on the work that needed to be done, more robust and effective instruments to achieve it, and a heightened commitment to promote climate action and to do so more quickly in every area.

Meanwhile, the Glasgow Climate Pact that was signed at the end of the conference, referred to coal for the first time in the UN process and asked countries to come back with stronger climate plans in 2022 at COP27 to be hosted by Egypt.2

The Pact also finalises the most contentious elements of the Paris Agreement rulebook, six years after the landmark deal was done.

However, the Pact failed to meet calls for climate reparations, to the disappointment of many developing countries.

A proposal for a finance facility to help victims of the climate crisis was quashed by the US and other rich nations, as was a call to earmark a share of carbon trading revenues to fund adaptation.

The hope of humans coming together to address an existential threat will always echo on the Scottish highlands.