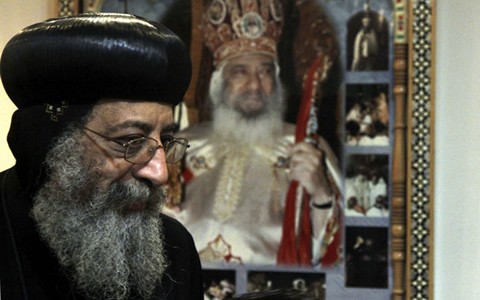 The new pope of Egypt’s Coptic Christian church has been formally enthroned in Cairo.

Pope Tawadros II was confirmed as the new leader of Egypt’s Christian minority at a ceremony at St Mark’s cathedral in the Egyptian capital.

The 60-year-old succeeds Pope Shenouda III, who died in March after four decades on the patriarchal throne.

The enthronement comes at an uncertain time for Egypt’s Christians, following the fall of Hosni Mubarak last year.

Sectarian attacks against Coptic Christians and churches in Egypt have increased since his fall, and many Christians are concerned about the rise of Islamist political forces.

Christians make up 5-10% of Egypt’s majority Sunni Muslim population and form the largest Christian minority in the Middle East.