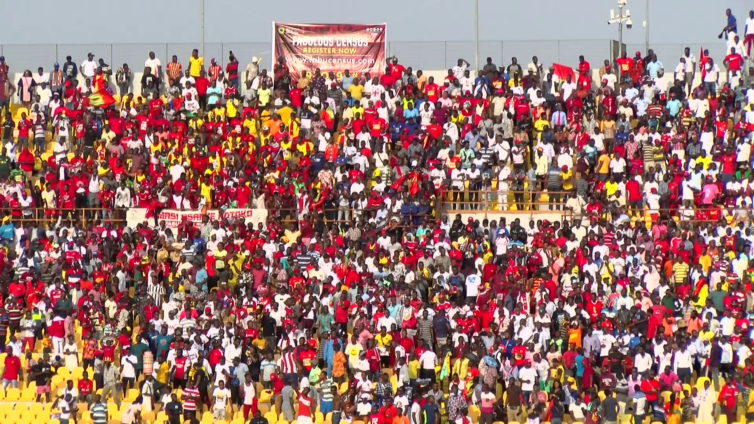 The National Sports Authority (NSA) and the management of league champions Asante Kotoko are planning a possible free stadium entry for as many supporters as possible as the “Porcupine Warriors” are crowned winners of the 2021/22 league season at the Baba Yara Sports Stadium.

Kumasi Asante Kotoko will play Elmina Sharks in a coronation match on Sunday, June 12, 2022 at the Baba Yara Sports Stadium.

It will also be the day when the porcupines will be presented with the league-wining trophy.

But, already, there are fears, the stadium may not have a large crowd considering the poor attendance at match venues this season.

As part of the club’s efforts to make the coronation match memorable, a decision has been taken to let ladies and children enter the Kumasi Stadium for free.

In an interview with Luv Fm’s, Delali Atiase, Acting Ashanti Regional Director of the NSA, Emmanuel Kojo Appiah, has been explaining further what conditions have been set for free entry in Sunday’s historic encounter.

“On Sunday, we have two matches. We have the women’s FA Cup final; Ampem Darkoa Ladies vs Hasaacas Ladies that will be played around 3pm and then 6pm, Kotoko will be playing Elmina Sharks.

“As we all know, that’s the moment the team will be crowned champions and the trophy handed to them.” He said.

“For Kotoko and then NSA, to show appreciation to the spectators, they have agreed on something; ladies are supposed to come into the stadium free but on conditions.” He hinted.

“If you are coming to the VIP section, then you should come with a man, the man will have to pay then the lady will get in for free.”

“If the lady is coming alone or with lady friends, they have the option to go to the red stands, green stands and then our kids, twelve years and below, they are also supposed to come in for free, so parents, we encourage you to bring your kids to come and have fun with us.” He concluded.

DISCLAIMER: The Views, Comments, Opinions, Contributions and Statements made by Readers and Contributors on this platform do not necessarily represent the views or policy of Multimedia Group Limited.
Tags:
coronation
Elmina Sharks
Kumasi Asante Kotoko
League Trophy
National Sports Authority