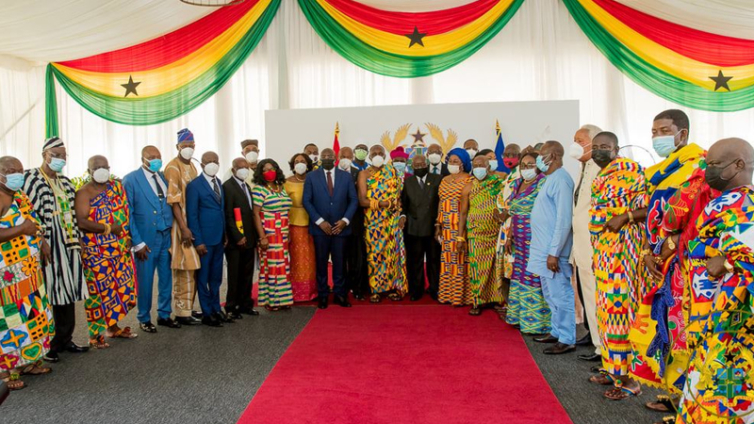 The Director of the Labor Research Institute at the Trades Union Congress (TUC) has dismissed calls for the Council of State institution to be scrapped.

According to Dr Kwabena Nyarko Otoo, the institution plays important roles outside the purview of the citizenry, thus, must not be tagged as useless.

“When we are discussing the Council of State and boxing it up with an emotional issue called ex-gratia. We are likely to lose sight of many things,” he said on Saturday.

While acknowledging the contributions of the Council of State to the country, Dr Otoo called for institutional reforms to make the Council more appealing.

Speaking JoyNews’ Newsfile the Director said it will be beneficial for the Council to let the public know the nitty-gritty of their duties as an institution of the country.

“From personal and formal interactions, it is a useful institution but like many institutions in Ghana today, they need reforms, and given the public perception, they themselves must justify their importance.

“They do a lot of background mediation, between the two main political parties which is helpful for the country and they should find a way to let the public know,” he noted.

However, a Private legal practitioner on the same show wants government to take a second look at the relevance of the Council of State.

Martin Kpebu believes the counsel given by members of the Council may not differ from what other seasoned experts in the country are willing to offer.

For him, “people are willing to give free advice yet they won’t get near because they are not part of the ruling government.”

This has resuscitated conversations surrounding the need to reassess the remuneration of these public officials.

DISCLAIMER: The Views, Comments, Opinions, Contributions and Statements made by Readers and Contributors on this platform do not necessarily represent the views or policy of Multimedia Group Limited.
Tags:
Council of State
Dr Kwabena Nayarko Otoo
Reforms