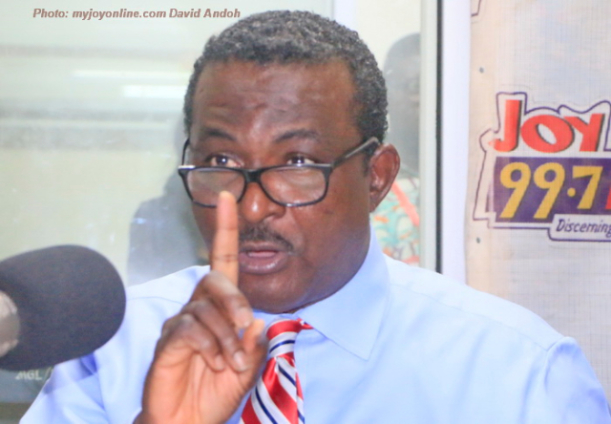 The Cape Coast High Court has ordered the National Democratic Congress (NDC) MP for Cape Coast South to retract defamatory statements he made against the Metropolitan Chief Executive (MCE) for Cape Coast within three weeks.

The court also asked George Kweku Ricketts-Hagan to retract the defamatory statements through a press conference and render an apology to Ernest Arthur.

The Court, presided over by Justice Patience Mills-Tetteh, also charged GH¢100,000 general damages against the MP.

The court also restrained the MP together with his assigns, agents and privies from making further defamatory comments against the MCE.

The MCE on Tuesday, October 26, 2021, filed a defamation suit against the MP following what he described as ‘defamatory comments’ about him by Mr Ricketts-Hagan after his confirmation as MCE.

In reference to a press conference held by Mr Ricketts-Hagan after the confirmation of Mr Arthur as MCE, the MP was alleged to have used unsavoury words to describe the MCE.

In the writ, Mr Arthur prayed the court to restrain Mr Ricketts-Hagan, his agents from further publishing defamatory statements against his person.

A statement of claim accompanying the writ of the MCE said Mr Ricketts -Hagan knew that the statements he published about him were untrue but went ahead to publish same.

Mr Arthur said in the writ that although he was successfully approved by the assembly members as MCE, the MP was bent on tarnishing his image with unprintable words.

It said the statements were made in an environment where the plaintiff (MCE) was well known and was still performing his political duties.

Mr Arthur said the statements by Mr Ricketts-Hagan which were broadcast in the media nationwide had seriously injured his reputation and brought him into public ridicule and contempt.