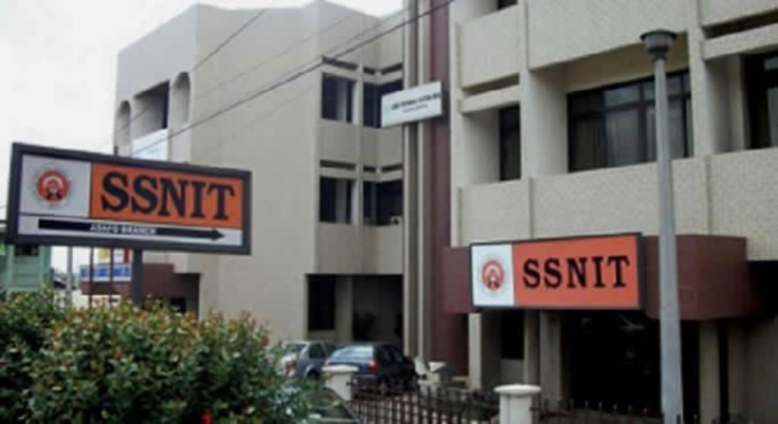 Member of Parliament (MP) for Cape Coast South, Mr George Kweku Ricketts-Hagan, has underscored the need for the Social Security and National Insurance Trust (SSNIT) to be discouraged from selling its long-term assets.

He suggested that for SSNIT to continue to be a healthy solid financial institution in the pension space, it needs to review its entire investment portfolio and strategy of its asset allocation and investment in key long-term strategic assets.

He urged the Trust to stop divesting its major assets at discounted prices and those investments should be guided by among other things by safety, capital preservation, and liquidity.

Mr Ricketts-Hagan made the recommendation in his statement on the floor of Parliament, dubbed “The State of Pensions in Ghana: The Case of SSNIT”.

He said if a company is seeking strategic partner(s) or investor(s) for rundown assets, like most of these SSNIT hostels, and they themselves are not willing to put in any money, then they are inviting offers of knockdown prices for their assets, which would be a loss to SSNIT and invariably to the contributors and the Pension Scheme.

He said if it is a partnership that SSNIT is seeking, to transform its hostels to world-class, then what happened to the agreement it signed with Legacy Hotels Management Services Limited, a world-class hotel management company, which had created and managed a number of world class hotels across Africa, including the Labadi Beach Hotel.

“One wonders what is next for SSNIT? Is it going to sell off its commercial office buildings, such as Premier Towers, Heritage Towers, Ridge Towers, World Trade Centre Building, and the SSNIT Emporium Building?”

Mr. Ricketts-Hagan said SSNIT is the largest financial institution in Ghana, second only to the Bank of Ghana; adding that, “it is the largest single institutional investor in the Ghana Stock Exchange (GSE) has been the main driver of the development of the capital market in Ghana.”

He said the Trust holds over Three Billion Ghana Cedis of the entire market capitalization and a significant number of shares across 22 out of 37 listed companies on the GSE at a market valuation of GHC2.7 billion as of June 2018; declaring that “this is how vital SSNIT is to Ghana’s economy.”

He said as the largest pension fund in the country, it had term capital for long-term investments, it was, therefore, essential that SSNIT continues to invest in the country’s large commercial infrastructure projects to propel economic activities that would lead to economic growth.

“Mr Speaker, these long-term projects, if well-selected and well invested in, will yield the desired returns needed to sustain pension payouts of our retired workers,” he said.

“The people who are working today, are paying the bulk of the pension benefits of those who have retired, but as people live longer, well into their old age and fewer people are entering the formal workforce due to rising unemployment, the SSNIT current model will in the near future not be sustainable,” he said.

“SSNIT will, therefore, have to grow long-term assets faster than it is doing at the moment, to flip the gap.”

Mr. Ricketts-Hagan said based on the results of valuation reviews in 2014, 2017, and 2020 of the SSNIT Scheme by an External Actuary from the International Labour Organization, the Scheme would not be financially sustainable in the foreseeable future.

Quoting the report, he said: “Considering applicable financing rules and the future the demographic and economic environment in which it (the Scheme) will operate, the current assets of the SSNIT Scheme, together with future contributions, will not be sufficient to pay all future benefits and administrative and operational expenses over the period covered by the projection in these reports.”

He said, “the National Pensions Regulatory Authority, which is the regulator of all pensions in the country had quite frankly been weak from inception when it comes to the supervision of SSNIT, it should, therefore, be strengthened to provide its oversight responsibilities in regulating and monitoring the operations of SSNIT and the other tiers of pension schemes to ensure effective administration and longevity of all pensions in Ghana.”

Mr. Samuel Atta Akyea, MP for Abuakwa South, in his contribution, urged SSNIT to invest in the housing sector to ensure that workers would retire with affordable houses of their own.

DISCLAIMER: The Views, Comments, Opinions, Contributions and Statements made by Readers and Contributors on this platform do not necessarily represent the views or policy of Multimedia Group Limited.
Tags:
Cape Coast MP
George Kweku Ricketts-Hagan
SSNIT