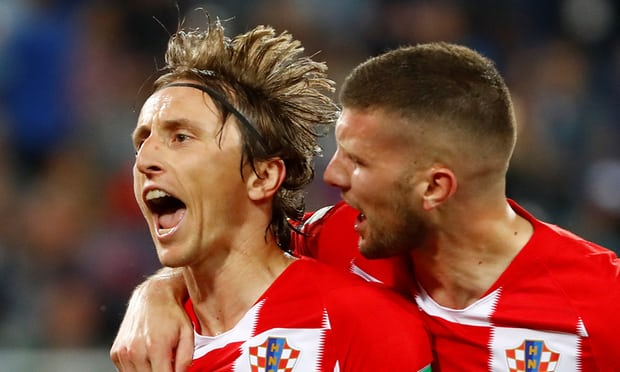 It was a comfortable win at the end of a cagey match for Croatia. An own goal by Etebo in the first half and a Luka Modric penalty in the second helped them secure the 2-0 win and they now go top of the Group D being the only team to have managed to secure a win.

Poor marking from the Nigerian defence as they failed to pick out Rebic who flicked on Modric’s corner kick led to the first goal and a moment of naivety from William Ekong led to his manhandling of Mario Mandzukic in the box, leading to the penalty kick which was coolly slotted home by Modric. Nigeria’s vulnerability at set pieces resurfaced as seen in the friendly game against the Czech Republic.

Nigeria didn’t know how to break down a very resolute and strong Croatian defence. So many times, they tried to loft the ball to Ighalo but it was ineffective as Dejan Lovren and Vida were first to most of the aerial balls. Considering the height of the Croatian defence, it was very surprising to see Nigeria rely on crosses and long balls. There was also a disconnect between Mikel Obi and the lone striker [Ighalo who was later substituted for Iheanacho] as Mikel often dropped deep. This made the lone striker very isolated up front. Nigeria’s build-up play was also very slow as they often passed the ball backwards and sideways with no intent of creating some attacks of their own. They need to work on their movement up front as they were very disorganized going forward and couldn’t muster any clear-cut opportunity throughout the game.

Rohr has stuck to Mikel Obi in the no. 10 position but with this display, it is very difficult to see how Nigeria is going to create goal scoring opportunities. Mikel’s tendency to drop deep really hurt the side as there was no creative outlet. For one who spent most of his career playing as a defensive midfielder, Rohr should perhaps consider restoring him to his normal holding midfield role as they will need a lot of creativity against Iceland and Argentina. Mikel offers control and calmness on the ball but his creative ability is really questionable.

CROATIA DARING AND WILL SHOOT AT THE SIGHT OF GOAL

In the first half, Croatia relied on Luka Modric and Ivan Rakitic to control the game from deep. Modric and Rakitic did spray some wonderful passes to wingers Ivan Perisic and Ante Rebic who swapped positions several times and were very threatening. However, aside from the threats from the flanks, Croatia did not fear to take shots as Perisic, Andrej Kramaric and Rakitic didn’t fear to let out shots from distance.

IWOBI DIDN’T COME TO THE PARTY

It was a frustrating performance for Alex Iwobi who was anonymous for most periods of the game until his substitution in the 62nd minute. He was expected to light up the left flank with some dazzling runs but he was not up to the task.